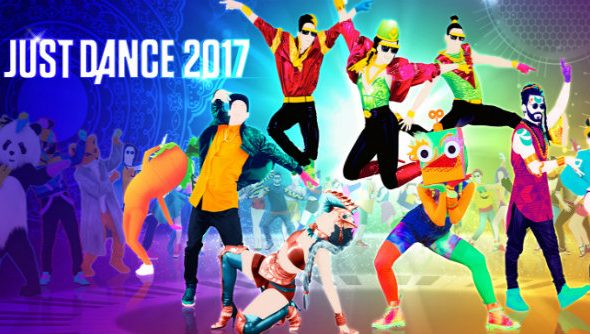 It’s the moment we’ve all been waiting for this E3. Yes, Just Dance 2017 is coming to PC, allowing us to embarrass ourselves at parties while busting shapes in front of our towers.

Just Dance 2017 releases in October and will feature various modes, 40 new tracks, and over 200 more through the game’s Just Dance Unlimited service.

To play, you’ll need to download the Just Dance Controller smartphone app, which lets you and five mates hook up and use your phones as motion sensors. Do be careful to not accidentally chuck your phone through the telly, eh?

I say telly because it’d probably be a bit weird to dance around your computer desk tucked under the stairs. Anyway, here’s the trailer:

When it comes to new stuff, not only are there new songs, but there are new dances -flamenco, ballet, and the cancan feature in the new ‘Frantic’ mode, which has you dancing to send aliens home or something. Honestly.

On top of that there’s the Sweat + Playlists mode, which is all about exercising to your own playlists.

As for the songs themselves, there have been ten revealed so far:

There will be 30 more tracks revealed before the game’s October release date.