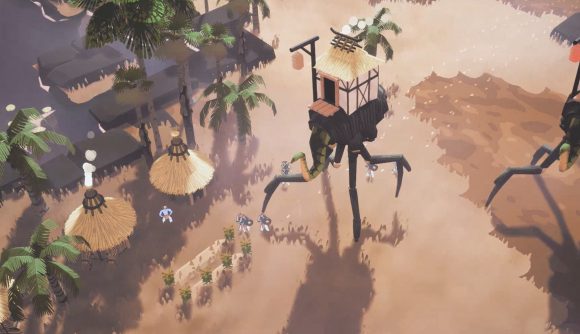 Kainga: Seeds of Civilization is a city builder. It’s also a roguelike. You build up a civilisation in an ancient world full of mysterious monsters and enemies, you probably die, and you take what you’ve learned from the process into a new run. It’s a fascinating concept being put together by a solo developer, and it’s just landed in Steam Early Access.

Kainga has a striking visual presentation, where your two-dimensional villagers explore a three-dimensional world with three-dimensional beasts. You take RTS-style control of your villagers in defense of a Thinker, a slow, weak unit that serves as your access to new technologies. You have to build up your village while protecting your thinker from external threats so you can continue advancing.

Genre pedants will insist that Kainga is a ‘roguelite’ – not a ‘roguelike’ – because as you progress you’ll unlock access to new biomes, technologies, and Thinkers that will carry into your next run. New tech will get you access to things like windmills that push away unpleasant weather to help your village survive longer into the next run.

The game is set to remain in Early Access for about a year, during which developer Erik Rempen plans to add new Thinkers, new biomes, new technologies, new resources, diplomacy and trade systems, additional combat and construction options, and more. 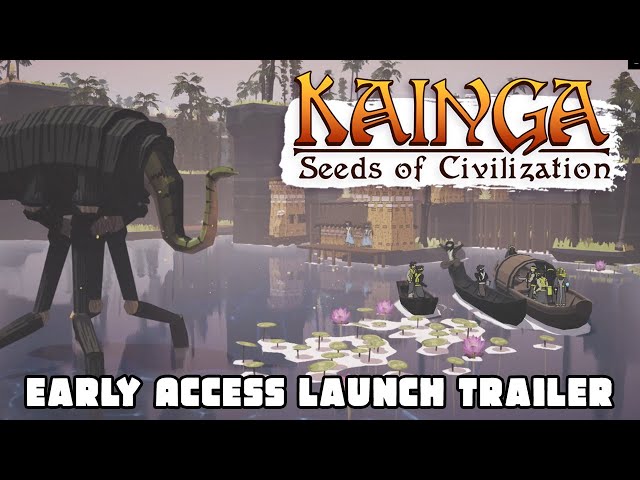 For more indie games, you can follow that link.