In the early ‘00s, Deus Ex visited Hong Kong and Yakuza went to Tokyo. But neither could hope to recreate the real density of those cities, or replicate the atmosphere of places so popular that personal space comes at a premium. Only now are videogames getting close to mimicking the feel of the urban crowd. With the help of Unreal Engine 4, it is a task the developers of Kanshi City have dedicated themselves to.

The mind of the crowd 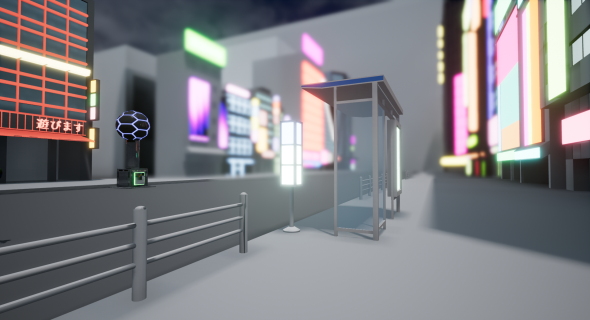 Kanshi City’s concept starts with a metropolis overtaken by corrupted robots. Your task is to find the engineers who hold the key to shutting the bots down – rooting out specific individuals in the crowd.

But what does convincing crowd behaviour look like? There is constant motion, of course, but how do you simulate the bustle, the back and forth? For his current prototype, designer Martin Grant took a randomised approach.

“I’ve built a system that spawns a whole load of people around the level,” he tells us. “Basically, they just kind of pick a random point and walk to it, sometimes changing direction and mingling.”

Finding the right citizen is complicated by quirks Grant has inserted into the crowd’s behaviour. “It’s a lot about behaviour where they’ll try and trick you,” he says, “or sometimes the wrong person will start running away from you.” 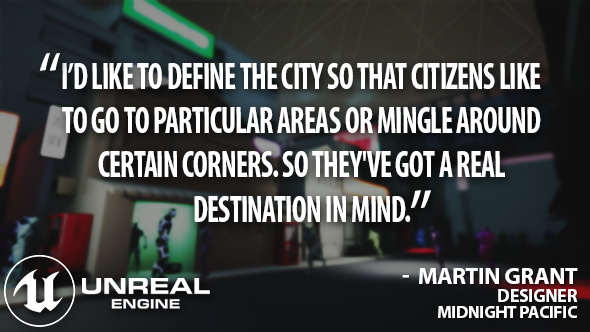 The work remains very much in progress. As it turns out, a crowd cannot be convincing unless its members are given purpose.

“To be honest it doesn’t look natural at all,” Grant admits. “Right now, the city is just some meshes on a plane, but I’d like to define it so that citizens like to go to particular areas or mingle around certain corners. So they’ve got a real destination in mind.”

As the crowds get more complex, Grant intends to eventually reprogram them using behaviour trees. But for the time being, he has built the entire game using Unreal Engine 4’s visual scripting system, Blueprint. 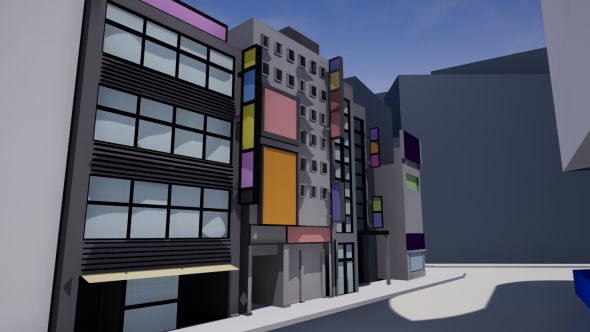 When playing Kanshi City, looking for those special individuals, you track more than one target at once. To give you a better shot at success, the game trains a camera on the nearest target and makes that footage visible on-screen.

“It’s always on the nearest [guilty] citizen to help you find them,” Grant explains, “because it’s quite a complex level to move around.”

Implementing that camera, so that it continuously updates and then renders to the screen, was a tricky business. Grant tested and repackaged the project in-engine many times to get it right.

“I had to post on a forum to try and get some help,” he remembers. “I got it working for a little while using a hacky method where I had to wait for the level to load, so we would basically just hide the UI for two seconds when the game starts so that the camera could start up. But we did get a real solution eventually.”

In rebuilding Tokyo for the game, the team at Midnight Pacific have created an urban landscape that looks almost impressionistic – its buildings made up of simple, neon chunks that suggest shop fronts and office blocks.

Both Grant and his partner, engineer Laura Morrison, have taught themselves how to use the graphics toolset Blender while constructing Kanshi City.

“There’s not actually been a plan to it, that [art style] is just what we’ve come up with in a strange process,” Grant says. “We got started by going into Google Maps on Street View in Tokyo and just finding interesting buildings. Then we recreate it very simplistically using Blender.”

Their latest level is based on Tokyo’s Akihabara district – dubbed ‘Electric Town’ and considered the heart of anime, manga, and Japanese games culture.

“We took a little bit of the road layout from an area down there,” Grant says, “and we just kind of altered it for ourselves.”

It seems only fitting that Kanshi City’s look should come together in that setting, among the artfully implied neon beauty that games built.

You can follow the development of Kanshi Cityon its site. Unreal Engine 4 is now free.

In this sponsored series, we’re looking at how game developers are taking advantage of Unreal Engine 4 to create a new generation of PC games. With thanks to Epic Games and Midnight Pacific.