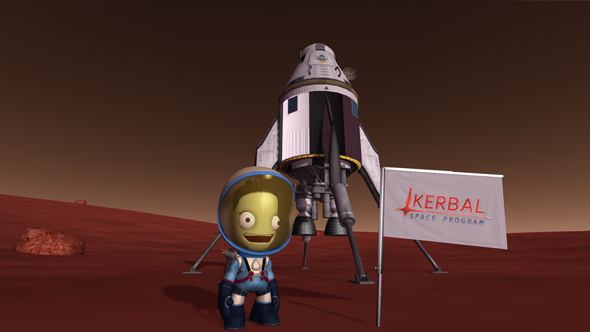 Kerbal Space Program: Making History is the space sim’s first expansion. It adds a mission-building tool, a tonne of historically-themed rocket parts, and a campaign built with the same tools that are now available to players. The expansion hits an odd note, however, somehow being too complex for new players and too easy for experienced players.

Because space is the place, here are the best space games on PC.

Making History adds a string of missions modelled after the space race. In the first you must build rockets that can reach an altitude of 5km, and then 48km, passing through the top of the stratosphere before finally achieving an orbit above the planet Kerbin. Iterative challenges like these are a great way to introduce new players to Kerbal Space Program – in fact, they’re much like the training missions already in Kerbal. What’s missing are the tooltips.

This strange decision means early missions that are unsatisfying for veteran players and a fiddly challenge for new players. It’s an uninspiring start to Kerbal’s space race.

I find myself in an odd middle ground as I play through Making History. Having not played it for more than a year, I have forgotten most the game’s controls, and have to frequently Alt-Tab out of the game to search Kerba’s forums for the answers I need. I have to do this because you cannot access a controls list in the settings screen mid-mission. This is bizarre because in the training missions there is a keybindings menu you can access. This becomes particularly frustrating for me as the command over my rockets and astronauts I require becomes more granular with progress.

One of the later missions in Making History is a recreation of the film Gravity, with you caught in space during a cascade failure. You need to abandon your craft, EVA to a nearby satellite, and eventually make your way safely back to Kerbin. In practice this is a logistical nightmare. You start the mission in first-person view, sat in the cockpit of the spacecraft, about to get caught in a systems failure. When it all kicks off for me, I have to search the forums for the controls to exit first-person view, then, in another forum post, find the controls to activate the jetpack of the kerbal who will be exiting the rocket, and finally figure out the controls to direct his different thrusters (which I found in the comments of a forum post).

Every single task the mission throws up leads to me Alt-Tabbing out of the game and searching for the information I need to do the job. The mission-builder tool Making History adds has the ability to send messages to you, that is clear from the way you are fed updated objectives – they appear as text popups in your main window – so it would have been possible for the developers to also send a message with the controls you need to complete each task in a mission. This realisation is little comfort to me.

Most frustrating of all, however, is the checkpointing. The first mission tasks you with building three separate rockets but it appears you need to complete all of them in a single run. Any time I fail one of the objectives I am forced to restart the entire mission. These are easy rockets to build but between construction and launch I am often losing 30 to 40 minutes of play at a time. Even when I try to create a save mid-mission, so that I can return to it if everything goes wrong, I find the save gets overwritten or is simply inaccessible.

However, while I may not be enjoying the pre-made missions Squad created for Making History, the new mission builder is an excellent tool. You can construct missions that demand players design rockets that achieve specific objectives, and you can impose challenging restrictions on them too, such as weight, the maximum number of parts they can use, and overall size of the rocket. You can even state whichparts they are allowed to use. Or, you could build a rocket for them as a starting point, determining the condition they receive it in, varying the difficulty of their mission.

You can even string together nodes that act as triggers for events in the mission. This could be something as simple as sending a message to the player that says “Well done!” when they reach a certain altitude, or more complex scripting such as having various parts of their spaceship explode when their Kerbal astronaut first tries to open the airlock. 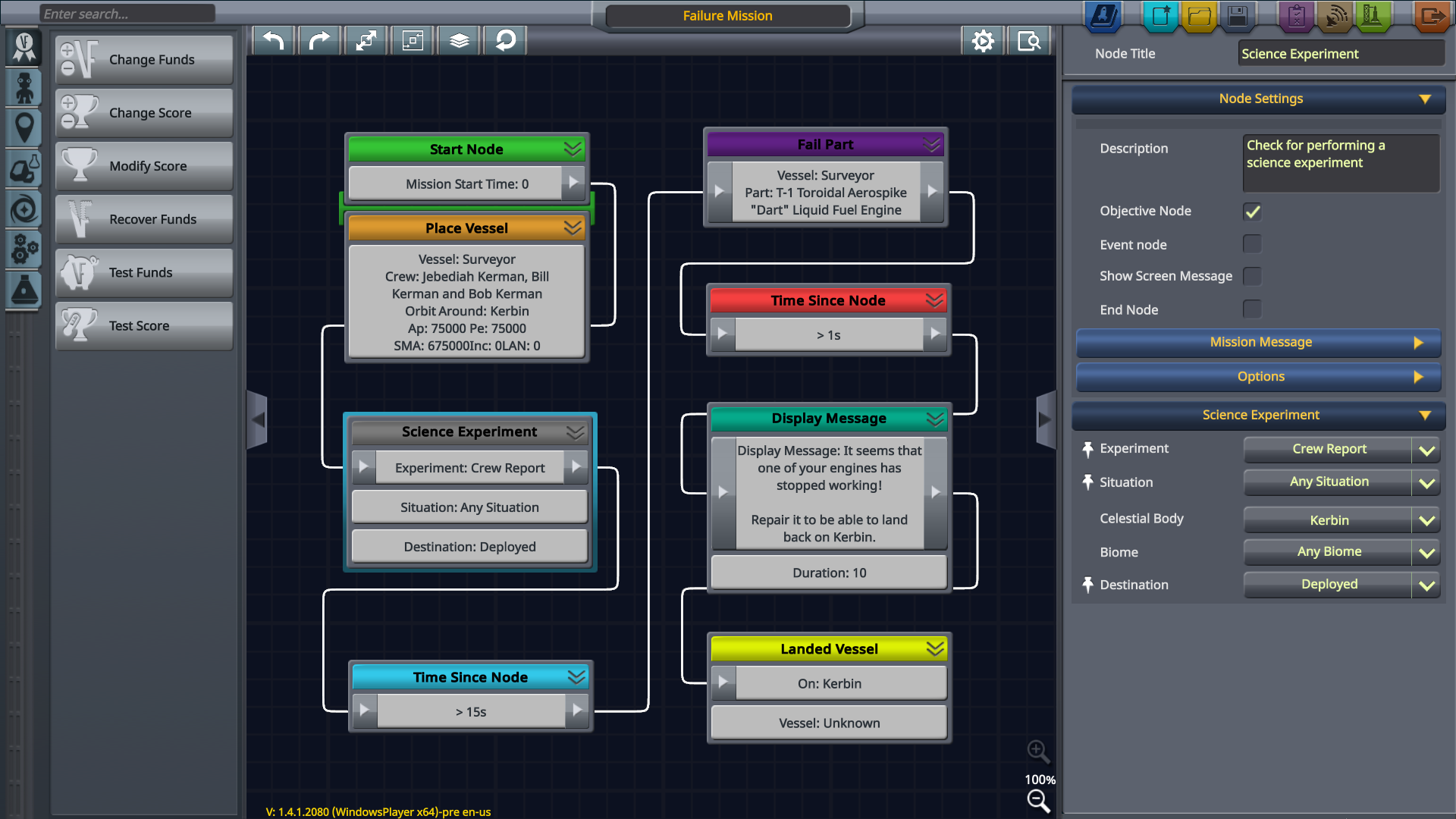 Hopefully, the community around the game will fill the mod pages with tightly-scripted missions that show people how dramatic Kerbal Space Program can be. But, more than that, I hope some altruistic players make a campaign of missions that act as hand-holding, in-depth tutorials for new and returning players alike. It is what the game needs right now.