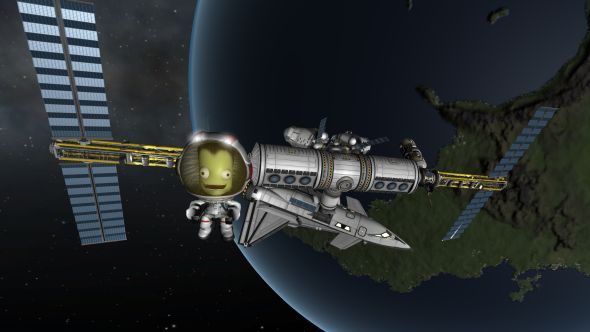 Little green death simulator Kerbal Space Program is improving itself once again. After crash landing out of Early Access to quite the fanfare, it already had one major patch in 1.1. Now 1.2 has entered what they call the experimental phase – this gives access to a select few players and community members to throw everything they’ve got at it in the hopes of finding all the bugs. For the wider audience, it also means a quick preview of everything involved.

To explore the depths of your creativity try these picks of excellent sandbox games.

Once the experimental phase is over they’ll release it as an optional patch via the Steam betas system, according to the announcement post, before unleashing it on the wider world. There’s no date for that yet, but expect it in the “coming weeks.”

As for what’s inside, developers Squad have taken a bit of community inspiration by incorporating one of its more popular mods. This makes it impossible to control your gear once it gets out of your control range, which can be extended with satellites and the like. Here’s a video from one of the players involved explaining all that: