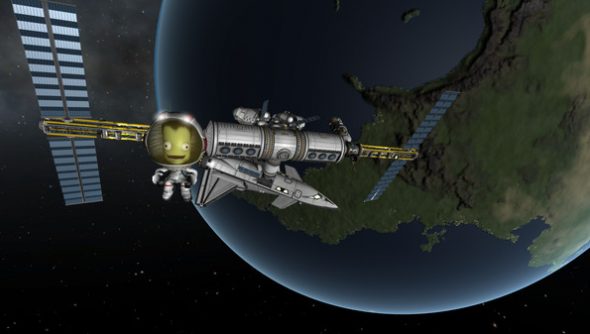 Update 9 May, 2016: The founders of Squad have released a statement denying the comments made by their ex-employees on 4chan and elsewhere and say there will be news about Kerbal Space Program soon.

After the attention gotten by PDtv and others in their statements, detailed below, about the poor treatment of staff at Kerbal Space Program developers Squad, the founders of the studio have responded with an official statement on the site. In it, they deny the allegations, but promise to always be mindful of feedback from the community about the game and company, and promise that news is coming about KSP that will “make the team proud of their efforts.”

KSP is a great creative game. In fact, it made it into our list of the best sandbox games on PC.

“In Squad we are very proud of having a very united team, committed to creating a high quality product, improving themselves as professionals, promoting and respecting the opinion of every member of the KSP community” reads the statement.

“The comments made by those former team members does not reflect the reality of our company,” it continues “but in Squad we will keep moving along with our commitment of respecting and listening to all of those who want to make constructive criticism about the company or KSP.”

It finishes with the promise of more news coming soon, and is signed by the founders. Exactly what that news is remains anyone’s guess, but development on the game continues as its sales do. Patch 1.1 was released just a few weeks ago, and 1.2 is presumably in the works.

Original Story, 6 May 2016:An ex Squad employee who worked on Kerbal Space Program has publicly slammed the studio for low pay, long hours and firing him once they’d squeezed everything out of him.

PDtv, Squad’s former media director, took to 4chan (via Develop) to speak out against what he saw as a mistreatment of staff from the Mexican studio.

The reason he’s waited until now due to the expiration of an NDA that previously prevented him from going public with his frustrations.

In the tirade, PDtv claims that, after “building the foundations” of the space sim, Anthony Keeton, ‘Captain Skunky’, Rob Nelson and himself were all let go from the company. “After running out of usefulness and competing the brunt of the work we were all fired,” he explained.

Another criticism was aimed at low pay, in which PDtv claims to have earned $2,400 per year, for 40 hours a week. “Welcome to Squad; we pay you like shit, then fire you when your work is finished so we can just take it over and maintain it,” he said.

Another area of concern was the long working hours related to game studio crunch culture. According to PDtv, another developer “was sometimes forced to work 16-plus hours a day EVERY day during crunch time while the other developers would get days off and only have to work eight hours a day”.

A handful of current and former Squad workers have since added their own perspectives via social media, many of them collated by Develop.