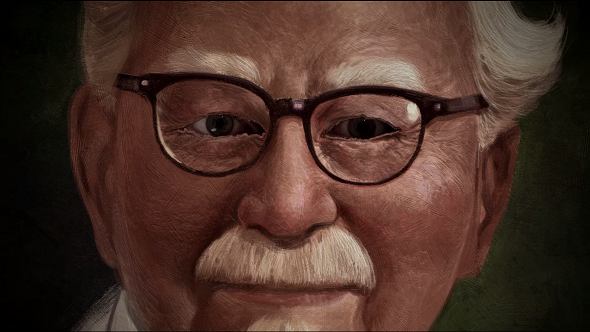 We get some strange news here at PCGamesN. Sometimes it’s not quite in our remit to report on, but strangely, this one is, despite being about KFC. Today, KFC have shown off their new game: The Hard Way: A Virtual Reality Training Experience Trailer. No, we’re not kidding, this isn’t a fever dream. The Colonel beckons.

There are less absurd games on VR – here’s the best ones you can play.

Seriously, Eurogamer found it, and it’s a VR game where you’ll go through the process of making chicken the way KFC do it, while The Colonel watches from up high, making sure you follow his rules. Make the chicken wrong, and you’ll die. I think. I honestly don’t know, this is one of the weirdest games-as-advertisements I’ve ever seen.

The trailer is above, and according to the Eurogamer article, it’s only actually available for KFC employees, and will genuinely be used as a training tool. PC Gamer have managed to snag a copy somehow, and have uploaded a full playthrough to their YouTube channel, so I guess you can watch it there if you’re desperate to see.

I think I’m going to have a lie down now though.