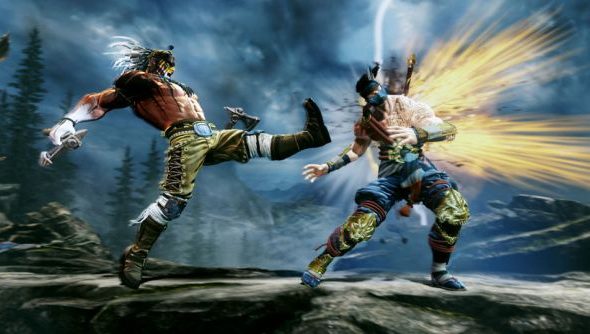 Update January 25, 2017: People in the eSports scene often say they’re sick of eSports not being taken seriously. Anyway, Killer Instinct World Cup organiser Brandon Alexander has now said teabagging is allowed at the tournament, and his comments to the contrary were just a ‘troll’.

The organiser clearly was just having a bit of fun with everyone, while confusing the teams in the process, according to a statement provided to Yahoo eSports.

We have a good list of the best multiplayer games on PC, if you like taunting people with your virtual crotch.

The talk of banning teabagging yesterday was apparently a “this is why we can’t have nice things” troll, whatever one of those is.

“In game taunting of all kinds is allowed!” state the official rules. “As far as threatening other players outside or inside of KIWC there will be a absolute ZERO tolerance for this.”

Toxic behaviour and sexual harassment are also singled out as serious offences that could result in bans.

Elsewhere, if players smell, they might be sent home to wash. Only in videogames.

Original Story January 24, 2017: Teabagging in videogames has become part of an unspoken language – a way to identify the worst people online. Pulling this showboating move off is simple enough: you just stand over an unconscious enemy and crouch over their face repeatedly, like a dancing baby.

You might think it’s harmless, but plenty of parents probably wouldn’t want their kids knowing why it’s called teabagging. Either way, the Killer Instinct World Cup has placed a ban on the act, and anyone doing it could face a ban from 2017’s remaining tournaments.

As Event Hubs point out, the restating of this rule happened off the back of a Facebook group chat that turned bad, ending with threats of physical violence. “It was a civil conversation about his move-set, how good or not good of a character Shadow Jago is,” Insomnia eSports manager Rotendo said on his livestream.

“Somewhere along the line, they talked about how someone taunted [in] a match from one of the online events, and it went further and further; it got serious. I had to shut it down, put everyone in time out.”

It’s not all about this isolated incident, however. The rule was also enforced last year as a way to encourage proper sportsmanship. To be fair, it’s not like you see it in other sports, is it?