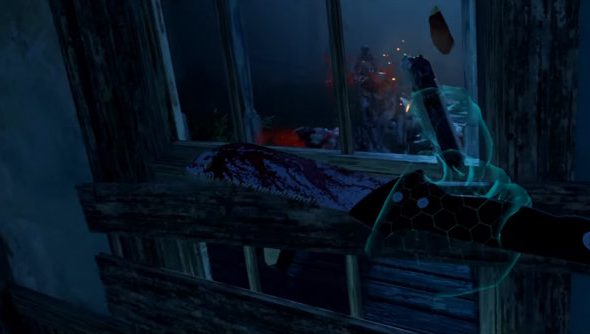 Killing Floor 2 might still be hanging out in Early Access on Steam, but Tripwire Interactive are working on a spinoff title for Oculus Touch anyway.

Announced during thePC Gaming Show at E3, Killing Floor: Incursion brings Zed killing to VR, with players peeking around corners, juggling guns and blasting zombies in the face while wearing a headset strapped to theirs.

You wouldn’t normally associate Killing Floor with horror, but once you’re immersed in VR and those Zeds are right up in your grill, it could well transform the atmosphere a bit from the usual co-op gorefest. Saying that, you’ll still be able to bring friends along for this one.

You’ll be able to move freely through the environments, too, albeit by teleporting, though you wouldn’t know it from the trailer. Have a watch below:

“Working with Oculus to bring the Killing Floor universe to VR has been a dream come true,” said Leland Scali, project lead at Tripwire Interactive. “The technology is expressive and brings an amazing amount of control and immersiveness that traditional games can’t begin to compete with.”

“We’re thrilled that Tripwire Interactive is bringing their beloved franchise to Oculus with Killing Floor: Incursion,” added Anna Sweet, head of developer strategy at Oculus. “They are a leader in creating unique and engaging FPS titles, and anyone who has played their award-winning games knows they will deliver a VR experience that is exciting, scary, and cool. We can’t wait to play more.”

Scary and cool confirmed. That’s that, then.