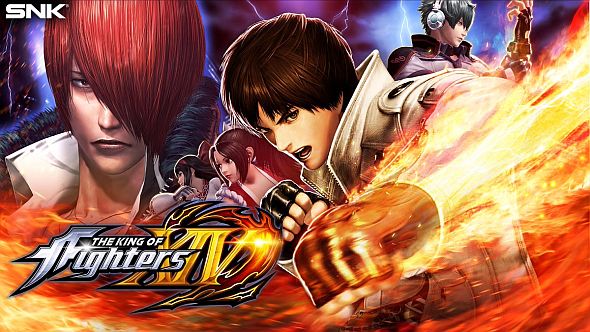 Update May 19, 2017: SNK have announced that King of Fighters XIV will be coming to Steam on June 15.

King of Fighters XIV will come in the form of either the Steam or Deluxe edition. The basic Steam edition comes with the base roster of 50 fighters, along with two special DLC costumes: Classic Kyo for Kyo Kusanagi and Nightmare Geese for Geese Howard. The Deluxe Edition comes the four DLC characters of Rock Howard, Whip, Yamazaki and Vanessa, along with 10 extra costumes, a digital artbook and a digital soundtrack.

Beat up your buddies with the best multiplayer games on PC.

Original story May 9, 2017: King of Fighters XIV, the latest in the long-running Japanese fighting series, is officially coming to Steam almost a year after its launch on Sony’s PlayStation 4. Pre-orders and a closed beta are planned for later this very month, but we’ll have to wait a bit longer for word of an official release date.

Developers SNK made the announcement in a recent presentation (thanks to Shun on NeoGAF) and again on Twitter:

There’s no word yet on possible cross-play with the PlayStation 4 community.

King of Fighters is over 20 years old, having scissor-kicked its way into arcades in 1994 with the accurately-titled The King of Fighters ’94. King of Fighters XIV features a cast of outlandish anime-styled characters, three of whom you will pick for your team in the game’s story mode.

For an idea of what to expect, the story centres around a recurring fighting tournament, which last time saw a character manipulate the timeline, creating anomalies that attracted characters from other dimensions. One to watch out for if you like your grounded realism, then.