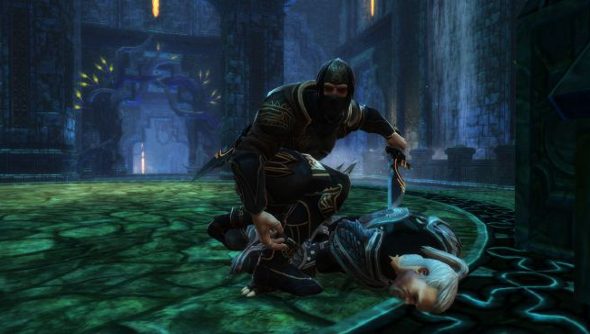 38 Studios, developers of the maligned RPG Kingdoms of Amalur: Reckoning, have not been served any criminal charges in the investigation into the studio’s closure.

Rhode Island’s state attorney general announced Friday that the four-year investigation into 38 Studios’ collapse after receiving a $75 million loan from state taxpayers would not result in criminal charges, though other cases continue.

“We have found no probable cause to establish that a crime was committed,”State Police Colonel Steven O’Donnell said in a press conference.”It is the investigative opinion of the Rhode Island State Police and the Department of the Attorney General that a bad deal does not always equate to an indictment.”

The deal, made in July 2010, would see former Red Sox pitcher Curt Schilling’s 38 Studios moved from Massachusetts to Rhode Island with a $75 million loan guarantee to sweeten the move.

The criminal charges, brought about by the Rhode Island state police, are separate from other cases still ongoing regarding the closure, including civil suits and an additional fraud allegation from the SEC.

In March, the Securities and Exchange Commission announced it was charging Wells Fargo and the Rhode Island Economic Development Corporation for defrauding investors after the taxpayer loan failed to create 450 direct jobs and more than 1,000 indirect jobs in the region, as the studio had promised to do.

The indictment hinged on the misunderstanding by investors of the RIEDC that the $75 million loan was all the funding 38 Studios required to develop Project Copernicus, however additional funding was not found and as such the company folded. This risk was apparently not sufficiently expressed by underwriters at Wells Fargo, according to SEC enforcement director Andrew Ceresney.

“We allege that the RIEDC and Wells Fargo knew that 38 Studios needed an additional $25 million to fund the project yet failed to pass that material information along to bond investors, who were denied a complete financial picture,” Ceresney said in a statement.