UemeU (pronounced “you, me, you”) is a sandbox so large that it’s easily mistaken for an engine – a tool to create games rather than a game itself. It’s easy to see why. Look at the cascading range of symbols on its build mode interface and you’d think Photoshop before Final Fantasy – were it not for one, grounding element.

A Tron-like spectral blue hand sits on-screen at all times. To its owner it’s both 3D mouse pointer and gearstick, changing gestures to remind the player what mode they’re in. To other players, it’s a disembodied marker – a huge hand-of-god aide-memoire for where your mates are.

But more importantly than that, it’s an undeniable link to the FPS – jutting from the bottom of the screen like Doom Guy’s shotgun. A hand that claws at the faces of naysayers and screams, “I am a game”. For UemeU can be FPS, or RPG, or puzzle-platformer. It’s a game in which players make games, like Minecraft, or Little Big Planet. Only much, much more ambitious. 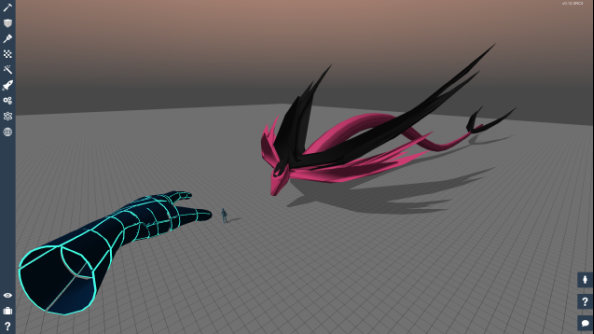 “If you compare us to game engines, it’s ridiculous, because that’s not what we are,” says Jeremy Hindle. “We’re a dynamic, real time environment where you can create stuff. We’re going for next-generation sandbox here.”

Hindle is CEO and leader of the eight-strong team at London-based Omnigon. He has a BSc in Neuroscience behind him – but drifted into UemeU after a year and a half of writing overambitious mods for Minecraft ended in frustration. His enthusiasm for sandbox communities and their untapped creativity remains, however.

“It’s not so much the games that I love,” he explains. “I love communities which build around creative things. So, you know – although Garry’s Mod appeals to me as a very exciting game and it’s also been one of the inspirations for this game, it doesn’t appeal to me as much as the Minecraft community did, because the Minecraft community was just amazing.” 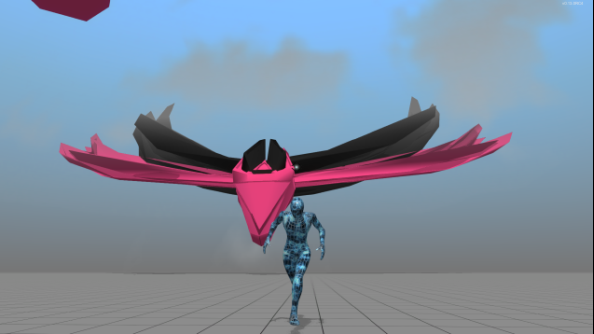 At first glance, UemeU’s toolset resembles Minecraft’s creative mode, plus spheres, minus limits. The range of towering sculptures its alpha players have produced to date certainly show it’s certainly capable of being that.

But Hindle and Omnigon have their hearts set primarily on winning over Minecraft’s adventure map community – the ambitious amateurs who, without any precedent from Mojang, twisted the game’s engine into cooperative journeys for players to hack, puzzle and hop through. Likewise, they’re after the sizeable segment of Minecraft’s community who’ve found happiness in downloading and loading up these adventures as savegames or multiplayer servers.

That’s precisely who Omnigon had in mind when developing UemeU’s save system, in which complex maps take up files less than a megabyte wide. Consequently, sharing will be far easier than it is in Minecraft – entire worlds can be dropped into emails or popped into IM chat. Eventually, says Hindle, Omnigon will release a World Linker tool, and players will build an interlinked ‘omni-verse’ a step beyond that of Little Big Planet. And then, nobody will again question UemeU’s game status: it’ll be thousands of them. 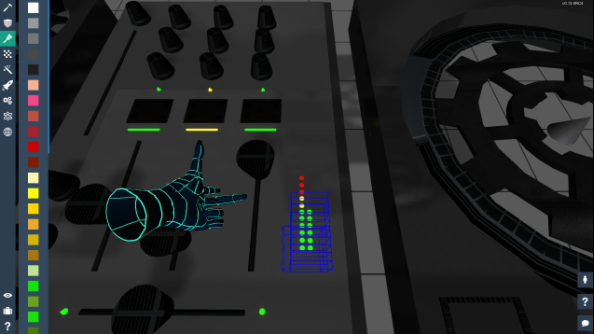 “You could, in theory, make a whole a MMO if you had the time,” says Hindle. “You could make episodic content like The Walking Dead, you can create loads of stuff, and the idea is that it all could become hugely interconnected and you have this huge, massively connected playable game which has loads of different games within it, and it just goes on and on and on and on.”

Come into the game at that point, says Hindle, and it’ll feel not just like a complete game but “games within games within games” – explorable concept artwork, D&D style RPGs, puzzle games and, of course, Minecraft adventure maps – all discoverable within UemeU itself.

They’ll feel like real games to play, too. In an ongoing swathe of bi-weekly updates, Omnigon are transforming their play mode avatar – a crash test dummy who currently controls a little like your average MMO hero – into a rolling, triple-jumping, sliding, crouching human being capable of navigating platfomers, “much more like Mario”. Next, they’ll introduce inverse kinematics – the maths that ensures a player character’s feet stick to the ground, or that a swung sword connects properly with a torso. 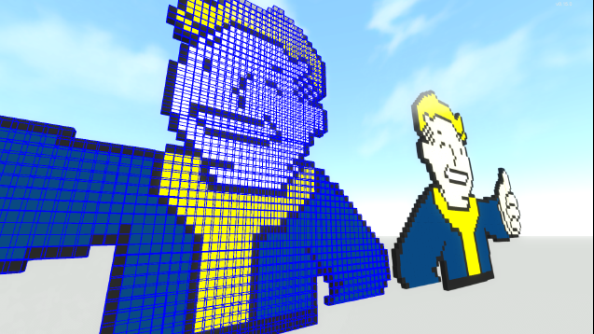 “We want to be able to add shooter-style elements,” says Hindle. “Old basic Counter Strike-like maps like Iceworld – if anyone remembers things like that, you could make that in three or four minutes on here.

“But the idea is that later, it’ll feel more like a game than a tool. It only feels like a tool right now because we’re right at the beginning.”

That’s the idea – but the trick will be in recruiting that willing workforce, and ensuring they’re whistling while they’re world-building. There’s no denying it: UemeU’s toolset is intimidating. But Omnigon think they know the line where that flexibility and power becomes overpowering, and have gone to great lengths to preserve accessibility.

Anything that enters a player’s head should be buildable using the basic shapes Omnigon provide, pledge the developers. Players will need to think as Lego do – repurposing set shapes and combining them with others rather than attempting to build something from scratch. 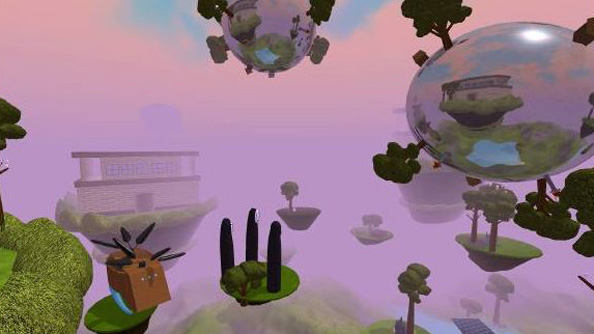 “If something can be built out of those basic shapes which is not being used all of the time, then people should build it out of the basic shapes,” says Hindle. “We’re not going to give people everything; the idea that you can put basic shapes together to make something and save it as your own item is part of the game. It’s part of knowing how to make, say, a corner joint or a t-joint, you figure out how to do it.”

This is Omnigon’s core belief – that rather than limit a player, you should educate them.

“But we’re not going to put those limitations in there because somebody somewhere is going to do something incredible if we don’t.” Instead of implementing explicit limitations, then, Omnigon have built a toolset that nudges players to let them know when they’re pushing the boundaries of sense and technology – and, fingers crossed, teaches them how to improve.

For the most part, it seems to be working. In alpha testing, Omnigon have found that players typically begin using some of the game’s advanced features within the first hour of play – “which is incredible”. Eventually, they hope the best of them will make use of complex systems like the springs and pulleys the dev team are working on right now.

“You should be able to make a fully functioning watch in UemeU,” says Hindle.

It was a watchmaking analogy that 19th century philosopher William Paley famously used to argue for intelligent design in the universe – and there’s definitely an Old Testament vibe to the power Omnigon are offering players.

Not every player has the God-like capability to build functioning worlds – but Hindle’s faith in his future playerbase is infectious. Sandbox creators and players, he’s convinced, are a really capable, really nice bunch. “There’s something for everyone, but initially what I’m really excited about is the really hardcore Minecraft players, the Garrys Mod players; they’re people who invest a lot of time and emotional effort into games, and they’re the people who will make UemeU amazing, and that’s what really excites me,” Hindle says.

“We don’t have to deal with a fickle community like that of a Call of Duty or a shooter where you have to kind of convince somebody through these really blitzy and amazing videos. You can win them over with quality, and if they can create stuff, they’ll create stuff – and that’s something that just really excites me.”

Budding master builders! We have 100 UemeU alpha keys to give away. You’ll want to create an account on the site, ensure you’ve provided us with an email address either on sign-up or on your profile page, and then register your interest by posting in the comments here. Bob = uncle.