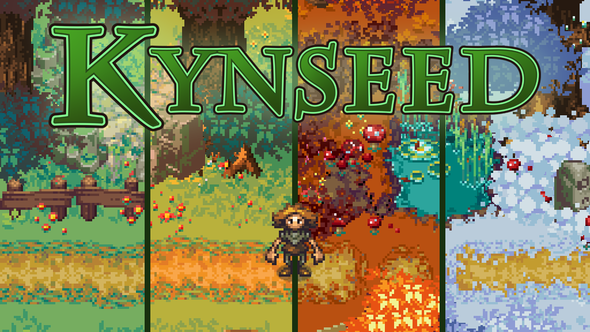 Kynseed, a cutesy new Sandbox RPG from a couple of ex-Fable devs, is currently notching up donations on Kickstarter. The whimsical little farm-em-up, which evokes memories of both the classic Harvest Moon games as well as the more modern Stardew Valley, promises to be a fairly freeform experience compared to its contemporaries.

For more awesome freebies, check out our list of the PC’s best free games.

It would seem that Kynseed leans a little more towards the role-playing side of the spectrum, nudging out the more grindy aspects of similar titles in favour of a rich world and an emergent narrative. Special attention has been paid to how you affect the people and the environment you engage with. The village of Quill, its trees, buildings and people, will all change based on your actions. Friends and loved ones will age and pass away, as will your character before passing on certain traits and attributes to your offspring, in order to carry on the family business. In terms of occupations, while farming is an option, you can just as easily take on the mantle of tavern-owner, apothecary or blacksmith. The game will also feature real-time combat, as well as crafting and a seasonal event calendar.

You can check out a free prototype of Kynseed at itch.io. If you like what you see, head on over to the Kickstarter page to make a donation.