The Walking Dead is frequently cited as being the keystone in the rejuvenation of the adventure genre, turning illogical inventory puzzles into interactive drama. Whilst no one can deny that Telltale’s masterpiece has been the most important cog in the machine, a studio from Sydney, Australia were instrumental in re-igniting our appetite for slow-burning, talkative adventures twelve months prior. Team Bondi’s detective game L.A. Noire was a massive hit. Despite going into liquidation soon after the game’s release, the studio will forever have a legacy of creating one of gaming’s most unique and compelling experiences.

But what is it like to replay L.A. Noire in a world where our expectations of adventure games has changed, and the rule-book is almost exclusively written by Telltale? I revisited the City of Angels in 1947 to see if L.A. Noire’s fresh and exciting feel still remains. 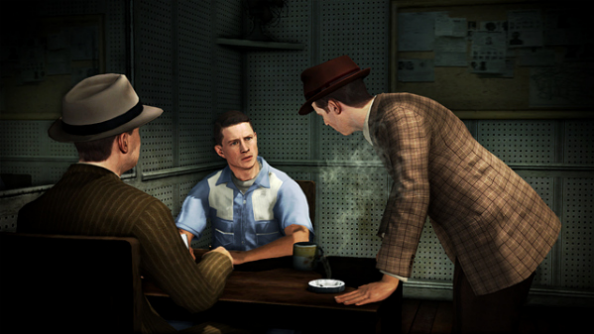 When playing a dialogue-heavy game these days, you’re always looking out for choice and consequence. L.A. Noire doesn’t offer up any ‘Dave will remember that’ threats, but choosing how to approach a witness or suspect is vitally important, and pushing too hard or missing a tell can lead to negative consequences. Detective Cole Phelps, the hot-shot cop at the centre of L.A. Noire, can interview characters using a variety of case-specific questions from his notebook. Listen to your interviewee’s answer, and you’ll be presented with three options: Truth, Doubt, or Lie. Truth accepts their version of events, and will progress the conversation no-questions-asked. If you think there’s something fishy, Doubt will have Cole pointing fingers and demanding they ‘fess up. Lie is the big one: you can accuse someone of lying, but you’ll need appropriate evidence to back your accusations up.

It’s a system that people have been critical of. Cole himself seems inexplicably fond of shouting; unless you accept your subject is telling the truth, the default tone is frequently aggression. It’s an interesting hangover from the game’s troubled seven-year development: originally the game’s conversation options were Coax, Force, and Lie. Force eventually became Doubt, but Cole’s performance had long been captured, meaning the more aggressive tone remained. 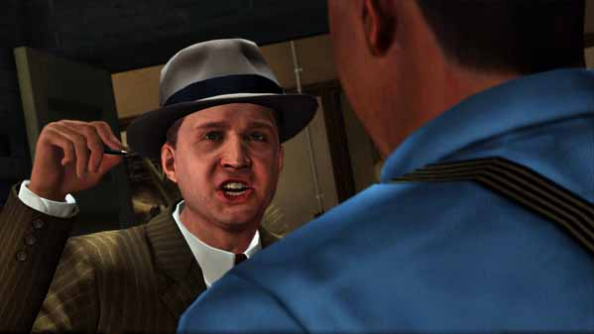 So those are the choices, but what are L.A. Noire’s consequences? Unlike Telltale’s games, you can’t fluff up a case to the point of sending the wrong person to the gas chamber, nor are you able to make moral decisions to let certain perpetrators walk free as in Sherlock Holmes: Crimes and Punishments. However, making the wrong choices in dialogue can complicate cases, and cause entire threads to become obscured. Taking the world of a liar may mean you don’t gain the information needed to press a new angle. Accusing someone of fibbing may cause them to clam up and refuse to tell you something that could be vital evidence. These mistakes lead to arrests made on assumptions rather than hard facts, and results in lower overall case rankings. Lower rankings were originally meant to lead Cole to becoming a law-bending ‘rogue cop’, but the system was scrapped during development. Thus they’re more a dent in your pride than Cole’s character arc, but a consequence all the same.

How do you make the right choice, then? A Telltale game forces you to think on your feet, its ticking timer during dialogue ensuring you click with your heart rather than your head. L.A. Noire lacks that time pressure, instead demanding a methodical and thoughtful interview technique. It’s all down to picking up on body language: the game uses MotionScan, a facial capture technology that recreates an actor’s face with every miniscule detail. Despite the textures looking blotchy these days, the overall effect is unrivaled: L.A. Noire still has the best faces in video games. The lip-synch is beautifully perfect, brows crease and rise with every sentence uttered, and eyes twitch and narrow as lies spout. It’s the key to weeding out the facts: a witness concealing the truth will fidget and avoid eye-contact, whilst a suspect confident in their innocence will stare you down. Paying close attention and learning over the course of a conversation what each character’s tells are is one of L.A. Noire’s great joys, and a mechanic completely unique to it. 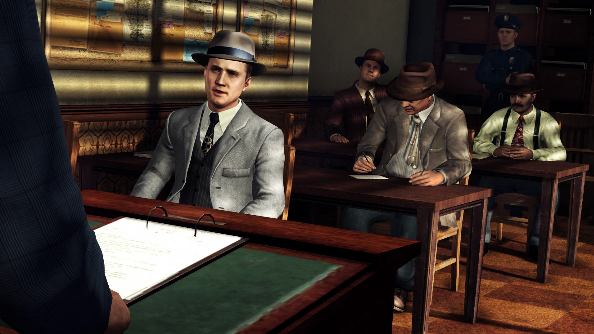 The performance capture also adds an element of cinema to the game that few other games match. Pretty much everyone is played by an actor that’s starred in an AMC or HBO TV show at some time in their career. Cole himself is played by Mad Men’s Aaron Staton, and gives a phenomenal performance of a desperately angry detective. Every NPC you can converse with has equal attention to detail, and feel like genuine people with lives of their own; lives you’re trying to worm into. A little flicker of curiosity in the eyes or a sneer of contempt is all that’s needed to set up the tone of a forthcoming conversation.

These performances are combined with a narrative that works on a case-by-case basis. Many are standalone, whilst some link together in an arc, which creates an episodic structure akin to television shows and – yes – Telltale’s approach. Unfortunately the overarching story of L.A. Noire is pretty dreadful, and leads to a massively underwhelming final ‘case’ that involves a lot of shooting and barely any investigation. But the ‘crime of the week’ style cases are all brilliant, even if you have to question some of the actions of the criminals (who keeps a blood-soaked murder weapon in their own shop?). 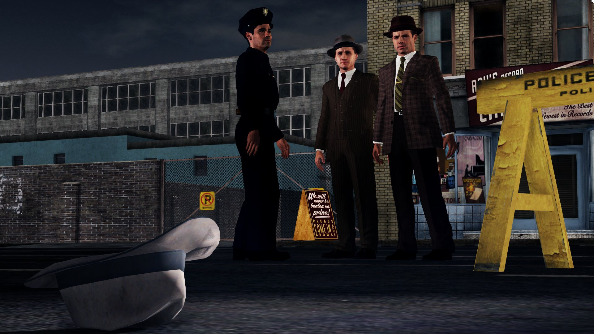 L.A. Noire doesn’t do everything right: Los Angeles itself is wonderfully constructed but lacking in soul, fun car chases are marred by vehicles that feel like toys rather than feats of American engineering, and shoot-outs are generally missing any thrills. But the case work, which makes up 80% of the game, is unrivalled. There’s freedom to explore leads in any order you want, and forgetting leads can affect your results. The music and art-style perfectly evokes the atmosphere of the decade, and character dialogue is torn straight from the best pulp detective novels. You work for an LAPD filled with genuine characters, in a world full of real people. In a game where your results depend on the little details, it’s wonderful to see that Team Bondi made the littlest details of the game count.

It was a special game back in 2011, but L.A. Noire feels oddly more relevant today during gaming’s adventure game resurgence. Publisher Rockstar still retains the rights to the series and, despite lacking Team Bondi, consider the game important as a franchise. If a second game could retain the compelling investigations but learn from Telltale’s overarching narrative technique, then we’d be in for something genuinely superb.