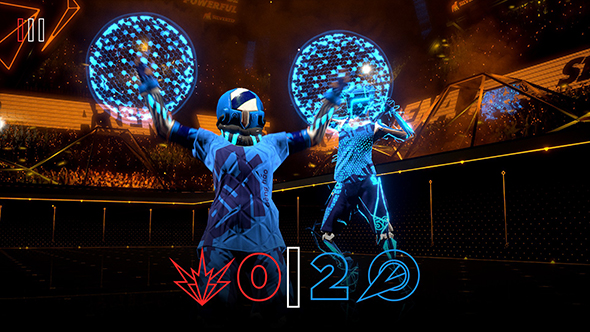 If there’s anything better than sports it’s futuristic bloodsports, and Laser League is well-equipped to deliver on that front. With Tron-like aesthetics and frenetic action, the game launched in Early Access to a very positive response back in February, and the full release is now just a few weeks away.

Laser League launches May 10 across PC and consoles. The Steam version – currently priced at $14.99 / £10.99 / €14.99 – will be 40% off for launch week, and will include seven extra maps, two stadiums, and two new powerups, in addition to six new modifiers. An extra bit of DLC with new player models, kits, and cosmetics will be available for $1.99.

The game has teams of players activating lasers in an effort to rub out their opponents with deadly beams in increasingly complex patterns. Classes have unique abilities, ranging from short range attacks to AOE stuns and deadly teleport patterns. Powerups on the field can also tip the balance.

Laser League comes from Roll7, the folks behind the excellent 2D skateboarding duology OlliOlli and bizarro action game Not a Hero. Recent Steam feedback on the game has noted some shaky player counts, but hopefully the full launch generates more interest. Either way, it should be a strong local multiplayer option.