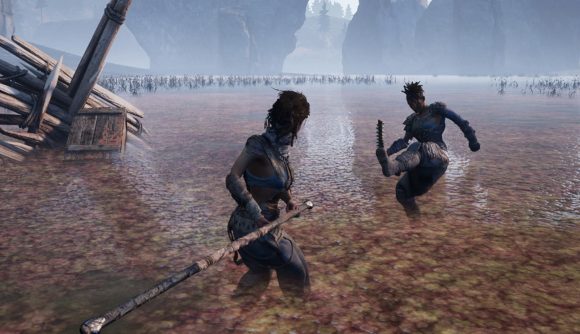 It’s both the best and worst of times for the developers behind Last Oasis. The game quickly rocketed up the Steam charts and hit the best-seller list, but all those players piling in at once quickly brought the servers crashing down. Now, the devs are bringing the game down for a full week to figure out what went wrong, and offering full, unrestricted refunds in the meantime.

“We are going to take the servers off for roughly seven days,” Donkey Crew’s project lead says in a video message to players. “Our coders have been working day and night to solve this issue and they need some sleep. We need to properly investigate why our load testing didn’t pick this up and what went wrong and figure it out properly and solve it.”

If anyone wants to take advantage of a refund during that time, that option is fully open. Last Oasis refunds are now available, “no questions asked”, no matter how long you’ve spent in-game. Normally, Steam refunds are automatically refused if you’ve spent more than two hours in a game.

Response to the developers’ efforts has been broadly positive. While the Steam reviews are mixed, owing to the server issues, many players on Twitter and Steam are saying they won’t use those refunds, and are assuring the devs that they’re on the right track.

For now, there are plenty of other survival games to check out while awaiting the return of Last Oasis.