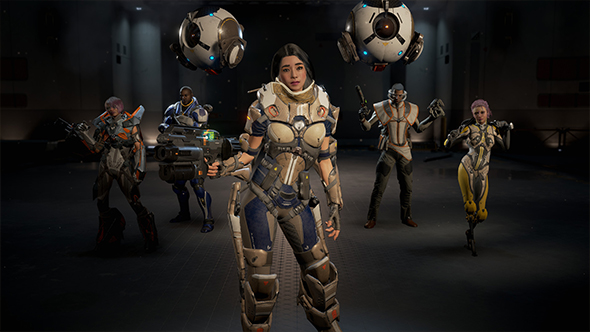 LawBreakers’ struggle to maintain an audience was a sad, prominent story since the game’s release, and despite a solid base and continued updates the game saw player counts dropping well below triple digits just a few months after release. Now, developers Boss Key Productions have confirmed that the game didn’t meet expectations, and that they’ve got something new in the works.

Keep up with the best multiplayer games on PC.

“The fact is LawBreakers failed to find enough of an audience to generate the funds necessary to keep it sustained in the manner we had originally planned for and anticipated,” the official announcement says. “And while a pivot to free-to-play may seem like easiest change to make, a change of this magnitude takes publishing planning and resources to do it.”

They will continue to support LawBreakers “in its current state,” and hope to “give this game the second life it deserves.” In the meantime, they plan to focus on new projects with “fresh creative leaders,” starting with a passion project which Boss Key have control of.

The news of new creative leaders on these projects is especially notable, since Cliff Bleszinski was an especially prominent – and controversial – figurehead for LawBreakers. Either way, confirmation of the game’s failure to meet expectations isn’t altogether surprising, considering that even publishers Nexon had written it off.