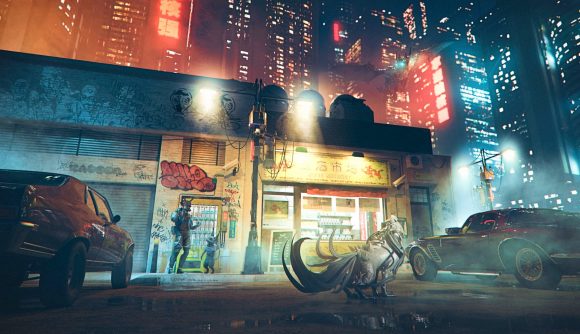 A group of indie developers are fusing elements of Pokémon and Persona into a big cyber-funk extravaganza. It’s called Laxidaze, and it’s caused enough buzz to help the team hit its funding goal on Kickstarter in just two days.

The monster-taming action-RPG’s story is set in motion when you quit your job and leave the hustle and bustle of a looming, neon city behind to live the simpler life of a bounty hunter in the outskirts of Cascadia. So it goes, your old life catches up with you as the misdeeds of your former employer come to light, leading you to join a resistance to put them and an oppressive government down.

It’s a very cyberpunk tale, but it’s in the gameplay that things start to fuse together. You fight through Cascadia in real-time third-person combat with other bounty hunters and tameable monsters at your side. You’ll also be able to use the game’s tactical mode to slow things down if you need more time to pick your moves. Your tameable monsters, Namims, will also grow stronger and evolve as you fight alongside them and complete bounties.

Machine Elf Studios has also thrown a few social-simulator elements into the mix, allowing you to take the money you earn from bounties to manage and upgrade your home and community. You can also get to know your companions to unlock new armour, quests, and weapons.

Here’s a trailer with some very catchy music: 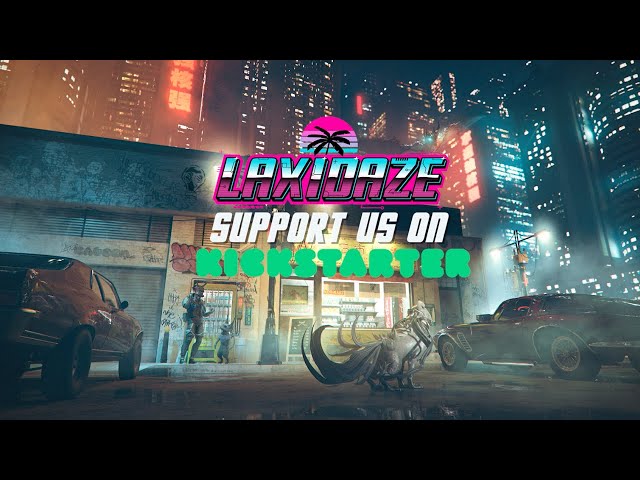 The developer confirms on Kickstarter that companions are romanceable and that you’ll be able to play any sexual orientation and have any gender identity you fancy. “You will be able to romance same-sex squadmates, and there are many LGBTQ+ romance options available,” the developer shares.

You can also bring in your mates to play co-op dungeons and arena battles or duke it out in PvP battles, as is the Pokémon way.

If you’re looking for more cyberpunk games, you know where to click.