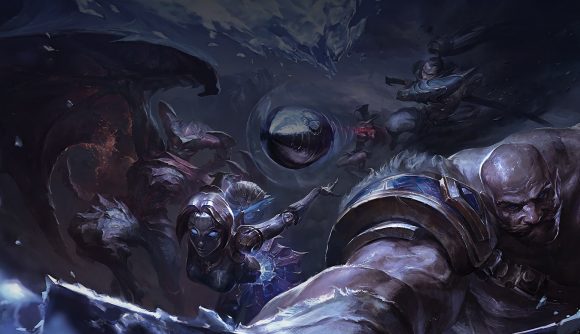 Balance is always a heavily discussed and debated topic in any online game, and few solutions leave everyone happy. League of Legends’ balance efforts are no exception, and Riot’s emphasis on pro play when it comes to balance decisions have always been controversial. Now the studio says it wants to balance the game for every skill level, and has detailed what that approach means.

“In the past, we’ve operated under the rough guideline of ‘we balance for Plat+ play,’” game design manager David Capurro say in the blog post. “Despite that, we’ve demonstrated that we also make balance decisions under other conditions or for other reasons. As such, we’re now formally recognizing the four audiences for which we balance Summoner’s Rift, as well as the parameters that we view as underpowered, overpowered, and reasonably balanced.”

Those categories include Average Play (everything below the top 10%), Skilled Play (everything in the top 10% except the absolute upper echelon), Elite Play (the 0.1% at the very top), and Professional Play (actual pros). Each category has its own thresholds for being under or overpowered, and a champion will only be considered balanced if they’re not overpowered in any category, and not underpowered in every category.

Riot’s been talking about this philosophy of balance beyond the pros for well over a year now, but this is a much more formal breakdown of the approach than we’ve seen in the past, and some things are changing based on specific recent missteps.

“Over the past year, we don’t think we’ve done a great job at balancing new and updated champions, so we’ve put new systems in place outside of our typical strategy to better accommodate them.” Those include expected power level at release and projected changes over time, and specific steps on what to do if a champion’s performing differently than expected.

Related: See the best League of Legends champions for beginners

There’s a lot of detail in full blog post, but naturally, any specific point is subject to change over time as the developers try new things. You can read the notes for League of Legends patch 9.12 if you’re looking for something more concrete on what’s changing in the immediate future.