You aren’t made of money, but you do want to look good while grabbing those pentakills and taking down the enemy nexus. We understand and we want to help you with the best way to spend Riot Points. We’ve had a look through every single one of the massive catalogue and picked out the best LoL skins available.

Not sure which character to pick? Get started with our guide to the best LoL Champions.

There’s a massive selection across more than a dozen champions, ranging from funniest to just plain highest quality. If you want to see more on each skin, we’ve linked to LoLKing’s model viewer for each one. YouTube channel SkinSpotlights also has a feature on basically every skin that shows off all their animations in the actual client. Onward, to fetching new outfits.

Best of the best League of Legends skins

These are the very best Riot have ever made. They’re pinnacles of flavour, art, music, extras – they’re the skins that, by themselves, make us want to play League just to kick ass using them. Naturally, they’re usually on the more expensive side, but the impressive thing is they often look and feel worth it. 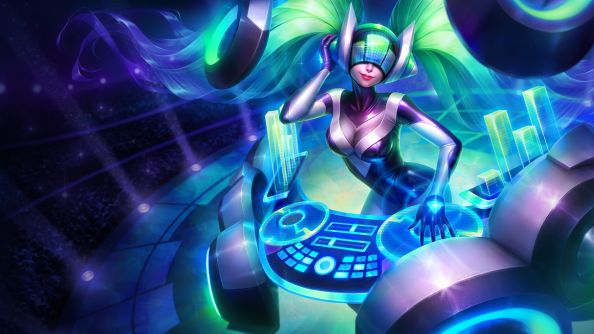 Arguably the best League of Legends skin ever, DJ Sona is one of four ‘Ultimate’ skins released. Along with the usual change of duds, Ultimate skins have other unique effects. In Sona’s case, it’s a set of three subtle changes to her outfit and equipment that can be switched between in-game. Each also plays a different constant background track that team-mates can choose to have broadcast into their game. Concussive is the best one, and anyone who tells you otherwise should probably be quarantined, but there’s a nice spread of styles. 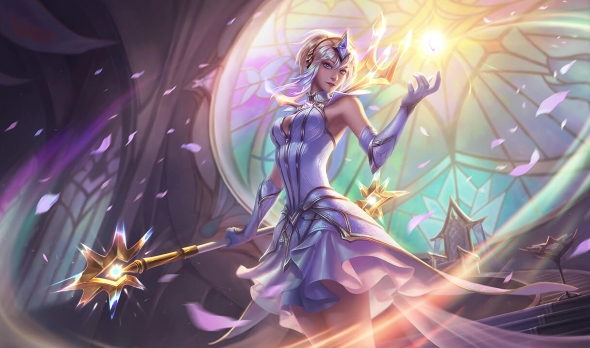 The only real contender to DJ Sona’s throne is 2016’s Elemental Lux. With 10 (ten!) different elemental forms that she can transform into during the heat of battle, this is by far the flashiest skin Riot have ever developed. Each form has a set of particle effects and textures that represent one of Lux’s many magical elements, be that the twirling leaves of Nature or the flickering flames of Magma. 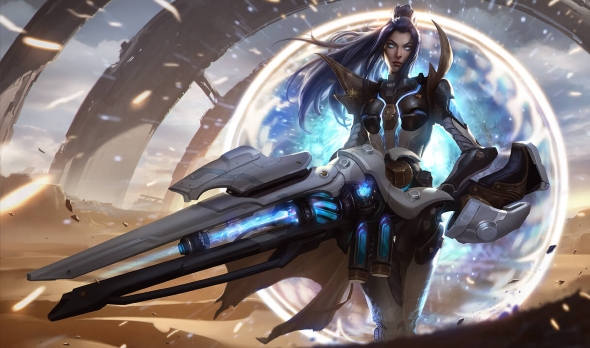 I thought things couldn’t get much better than the Headhunter Caitlyn skin, but Riot have proved me wrong in the best way possible. Caitlyn’s Pulsefire outfit is incredible; a slick sci-fi reimagining of our favourite sharpshooter, complete with oversized energy cannon and a long, ethereal stare. It may be one of the priciest skins in the game, but for that RP you get a variety of custom animations, including an air punch-worthy emote where Caitlyn sips tea while sitting on her levitating rifle. Sublime. 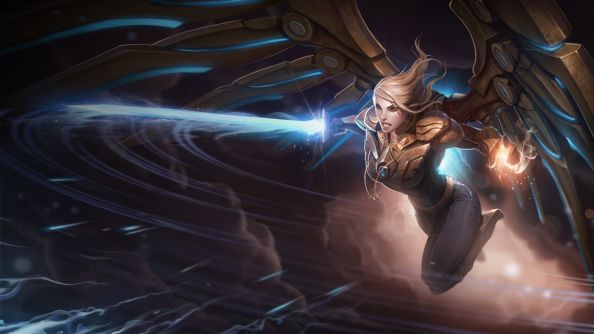 This was actually the first skin I saw that made me appreciate the amount of time and effort that goes into them. My flatmate at the time was a big Kayle fan and he bought it immediately. Not only is she wonderfully designed but the particle effects on attacks are so far above her usual bland fire as to feel like a wholly different and more powerful character. Despite being one of the older skins on the list it still looks fantastic. 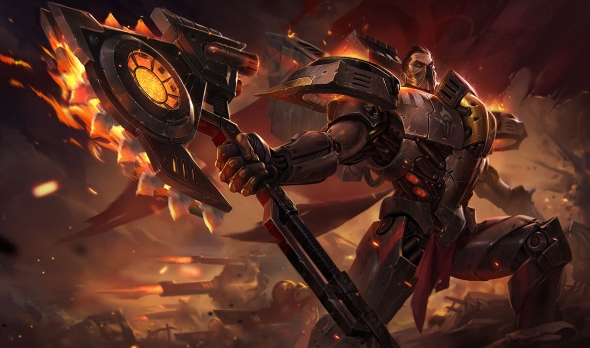 With all-new animations, particle effects, and an awesome jetpack, Dreadnova Darius easily ranks among the best skins that Riot have ever created. The spiked metal armour plates and colossal war axe are clearly inspired by the Warhammer 40k universe, and look incredible in the midst of a whirlwind team fight. If you want to deck your Darius out with this power armour though, you’ll need to put your RP away. The Dreadnova skin is one of three special outfits that can only be obtained through crafting. You’ll need to find 10 gemstones or a Dreadnova skin shard in your loot chests in order to claim this one.

These skins are the ones that look rad. Be it particularly sweet splash art, a great redesign of a character or especially cool effects on attacks and spells, these are the ones that you’re happy even if your opponent is playing. While our first category stood out in all areas, these ones are specifically excellent in their art. 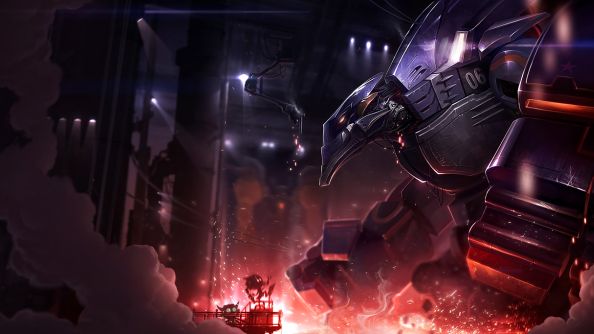 Mecha Malphite is pretty much a full redesign of the rock golem into a Jaeger-style battle robot. He’s paired with the more obviously Pacific Rim inspired Mecha Aatrox in robotic goodness. I personally prefer the blockier man, so he’s grabbed the list spot. Also: his recall animation turns him into a drill. 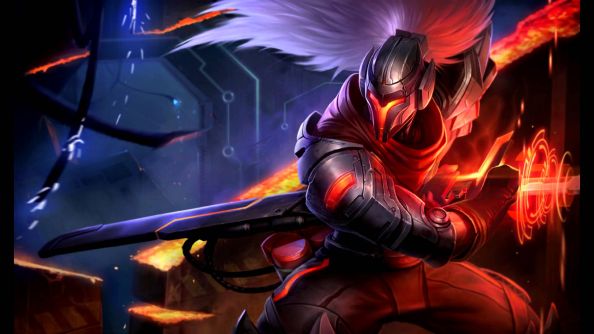 Have you played Metal Gear Rising: Revengeance? Look down, back up, League of Legends now stars YOU as Raiden. That’s the sell of PROJECT: Yasuo who is also cool enough to have now spawned his own entire line of skins, who are currently in a pre-release state. As someone who has never had the same love of Ronin-style characters as much of the rest of the internet, this total change of his character feels custom designed for me and I’m a big fan. 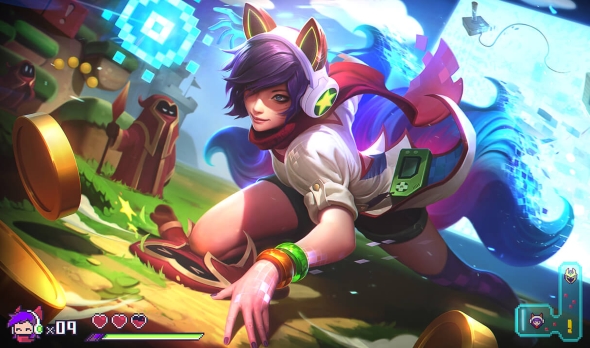 LoL’s Arcade line of skins is perhaps the most videogames thing to happen in MOBAs, with a wide range of Champions undergoing a redesign that taps into our hobby’s love of retro and the 1980s. Ahri’s is without a doubt the best of them all, combining chunky headphones (complete with cat ear speakers) with a belt-mounted handheld console, rainbow tails, and geek-chic purple hair to create Ahri’s most striking and colourful look. And when a pair of headphones manages to out-do a flaming fox tail, you know something has been done very well indeed. 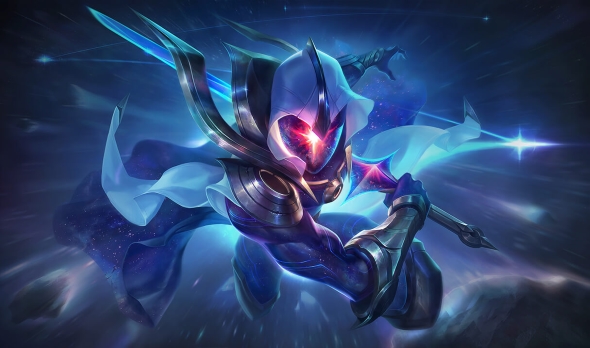 Master Yi has never been one of my favourite champions (his helmet looks too much like night vision goggles for me to take him seriously), but this skin is absolutely enough to change my mind on the swift blade dancer. His keyart outshines the actual in-game model thanks to that incredible faceplate that seems to reflect entire galaxies, but the exceptional coat and cosmic blade itself is enough to warrant slapping down 1350 RP for this skin. 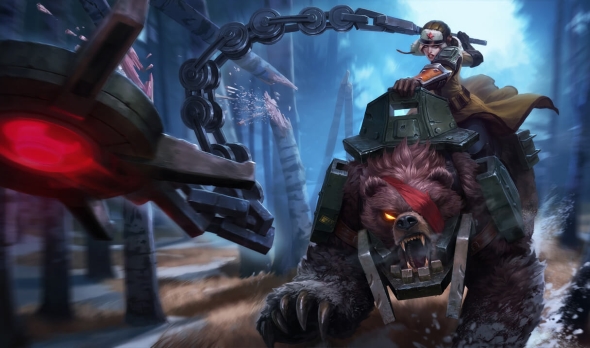 Who doesn’t love a big, fuzzy Siberian bear? Not Sejuani, that’s for sure, considering this skin features her literally riding around on an armour-plated one. If warrior-on-mythical-beast wasn’t a good enough Champion idea for you, this Bear Cavalry skin, complete with Russian tank commander hat for Sejuani, should certainly change your mind. I especially love the blocky armour around the bear’s jaw and shoulders, which is just a touch reminiscent of Soviet tank designs.

Some skins are not made to be taken seriously, on or off the battlefield. These are the skins for those of you that want a laugh or intend for your opponents to underestimate you. Between cupcake maces and lethal briefcases, it’s difficult to keep a straight face with these folks around. 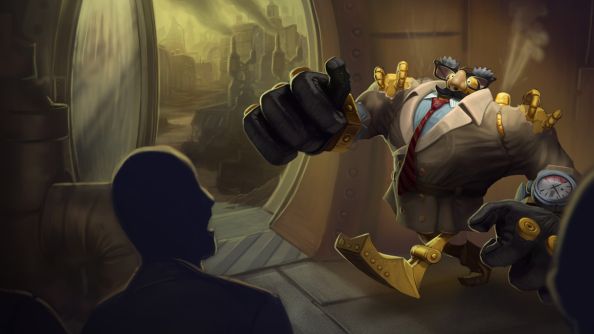 The only thing that isn’t fantastic about DNB is he’s only available during the Halloween sales each year and sometimes not even then. He first debuted for the 2011 event and is one of the most popular skins for the grabby handed one. It’s fair enough really – only at Halloween are people perceptive enough to realise which champion is truly hiding under that masterful disguise. 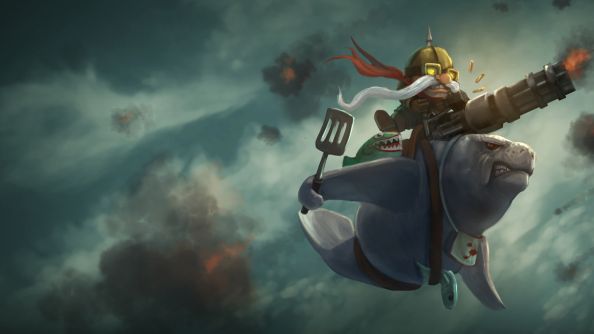 There’s a deluge of great Corki skins, from UFO-riding maniacs to World War 1 call backs, but the flying manatee with a spatula narrowly surpasses them all. I think it’s the look on its little, angry face that does it, or Corki’s own intense grimace. These guys mean business, April Fools skin or no. 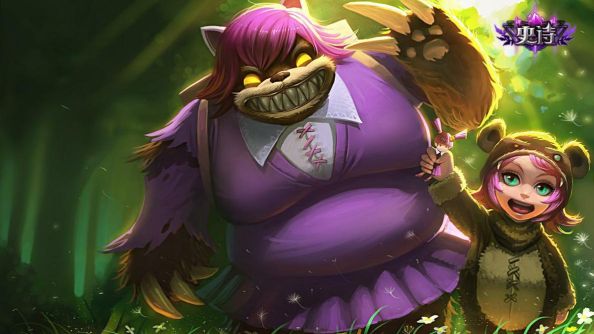 In case you’re unaware, Annie is normally a young girl who can summon her stuffy bear companion as a not-so-stuffy demon-bear with her ultimate ability. Reverse Annie puts her in a bear costume and, far more importantly, the bear in a school dress with matching backpack and pink wig. It’s still a giant, flaming bi-pedal bear, obviously, but one that’s ready to learn. 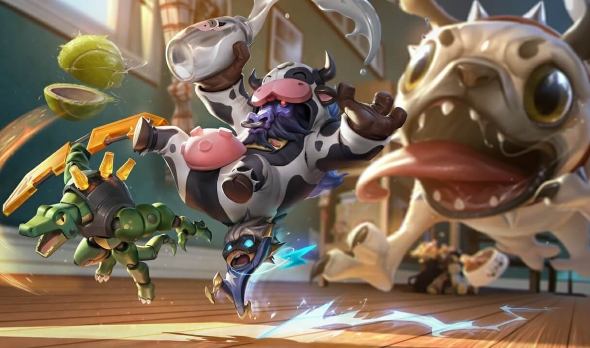 How do you make a red-eyed minotaur anything less than at least mildly terrifying? You dress him up in a cow onesie, of course. The Moo Cow Alistar from 2017’s April Fools collection is suitably cute and fuzzy, and one look at the adorable keyart for the event should instantly sell you on it. It’s the juxtaposition of Alistar’s moody face and the onesie’s contented cow face that really does it for me, I think. 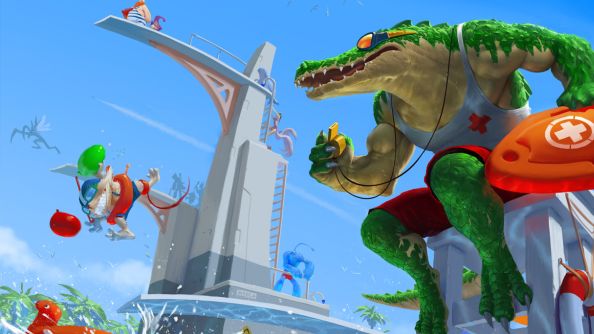 There are a lot of reasons for this recommendation. It’s part of a large set of fun skins. It’s the only Renekton one that doesn’t feel like it was designed by teenage boys of ever-increasing edginess. But mostly it’s this video of two players unable to stop using the unique recall animation and ending up in tears laughing. Fair warning, bit of strong language in there.

I hope you had a skintacular time, that’s all we’ve got to say on the matter. Any picks that we missed? An unexplainable need to defend Spirit Guard Udyr? Put ‘em in the comments where I’ll fight you on why no Nasus skins made the cut.