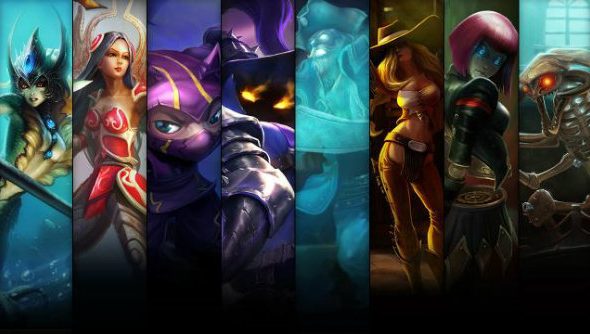 The next time someone tells you to ‘git gud’ in League of Legends, you could actually apply for a scholarship with a Californian university and do just that.

Have a look at out picks of the best League of Legends champions.

Probably don’t apply to the University of California, Irvine, to git gud, though, as the scholarship will only be offered to ten students for up to four years, meaning you’ll probably have to be pretty good already to get in. Sorry.

The University of California, Irvine, is the first public university to launch a League of Legends eSports scholarship program, beginning in autumn this year. Riot Games are supporting the move by funding a new Korean-style PC cafe on campus.

“We look at regions like Korea where, since launch, PC cafes have been essential to Korean players,” said Michael Sherman, Riot’s collegiate program manager, via Polygon. “They expect a premium game experience when they go play in those PC cafes. We’re trying something out similar to that on college campuses. We want to give people a reason to be excited to come play at a PC cafe to support their school and team.”

If it’s all a success, Riot hope to convince more schools to follow suit, with the League of Legends developer helping with funding in each case.

“We think eSports is growing quickly,” eSports director at the University of California, Irvine, Mark Deppe said. “We expect other schools to follow our lead. UCI is excited to be a leader. We don’t think we’re going to be the last school to do this. We think we’re going to be one of the schools that really encourages particularly public schools and shows them that this is really a viable thing. There’s lots of interest in this, and it can improve your school and improve interest in your school.”

Obviously physical sports have a long tradition of college-level competition, but there’s not much like that in place for eSports. That’s why Riot are hoping to pave the way and set up this whole new level of competitive League of Legends play. The company has been doing this since 2014, when the developer launched the North American Collegiate Championship. This has since evolved into the University League of Legends Campus Series, an ongoing 32-team league.

“I don’t think we’re in a position to say quite yet if eSports scholarships will become as common as basketball or football scholarships,” said Sherman. “But we’re going to keep supporting schools that interested in this sort of endeavor.”