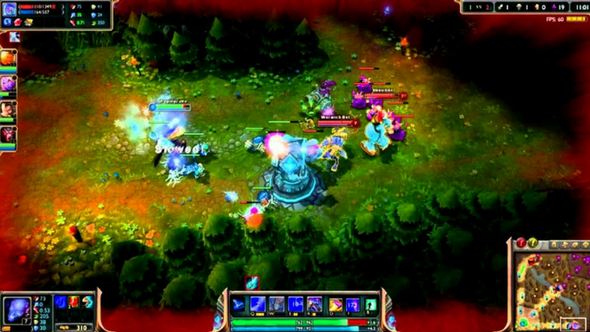 Riot Games is looking to bring the hammer down on League of Legends cheaters, specifically “feeders,” or players that intentionally rack up kills for the opposing team.

Want to get up to speed in LoL? You’ll need the best League of Legends champions.

Riot Games’ comms director Ben Forbes took to the League of Legends subreddit in reply to one frustrated player’s run-ins with a player that continued to feed in Diamond ranked play despite being reported several times.

Forbes stated that, in the coming weeks, Riot will be making “some changes” to the automated system that’s meant to “catch far more inters automatically.” The developer will also be increasing its manual review and ban quota as well as “considering some broader changes that could make it harder to troll.” What these measures are isn’t immediately clear, and as Forbes stated, “these sorts of things are earlier on in design, so don’t expect much on this front for a little while.”

The frustration players have experienced isn’t lost on Riot, either, so if you’ve had issues with players like the one referenced in the Reddit thread, rest assured that Riot is on your side.

“We’ve been pretty quiet on this front, but know that we think it’s unacceptable for players to ruin games by inting, and we’re serious about improving our system so we can get better at stopping it.”