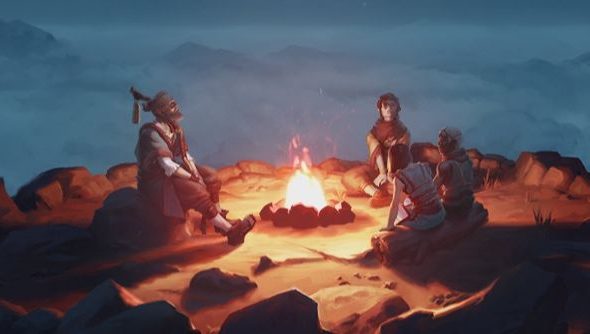 Gather round League of Legends players, for Riot Games has a wondrous tale to tell. A new champion preview page has gone live, teasing the next roster addition to the world’s biggest MOBA. While cryptic at best, the page suggests the new champion will revolve around storytelling, song and the stars, via the skills of a bard.

If you head over to the champion preview page, you’ll be greeted with an cosy campfire, where a chap is presumably retelling an ancient story to some kids.

“Stories are not just history.” the tale states. “They can be so much more. They nourish your mind and, if told well, can even fill your belly. Some tales are warnings, reaching across time. Others uplift our souls from the yoke of everyday burdens. We laugh at fools, cheer heroes, and curse villains until the fire burns down to embers.

“Our first rule: The facts may be important, but they aren’t as vital as the telling, of speaking to who we are and why we live. Details might change and fade, but truth lives with us for all time.”

The story goes on to speak about ancient constellations and their hidden meanings. The final one is of some importance: known as the “Mask” according to the image files, it represents a direct link to this new mysterious champion.

“Some call it the Mountain Shrines or the Great Caretaker. Those of us from the floating villages know of an older name, a name that speaks of a universal truth. The name we took for our kind: Bard.”

Riot are remaining tight lipped on any further information about this “Bard” character, but they’ve provided a cleaned up picture of the page background – it makes for a gorgeous wallpaper.