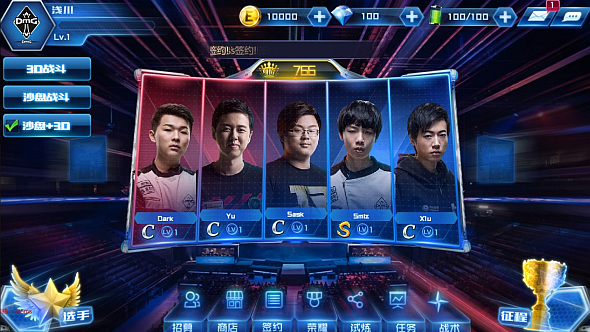 Tencent, the world’s biggest gaming company, are making a management sim in which you will lead a team of League of Legends players to esports silverware.

Want to know more about Tencent? Check out our briefing here.

To judge by the screens, you’ll recruit a team of League of Legends rookies and cultivate them into stars. Despite the Chinese, we can make out an on-screen message suggesting a player named ‘Rookie’ has killed ‘Faker’, so it seems your budding team will be able to take on established stars.

Looks pretty fun, but on the downside, it seems to be mobile only, and there’s no news of a Western version. We’ll let you know more when Tencent make an official announcement.