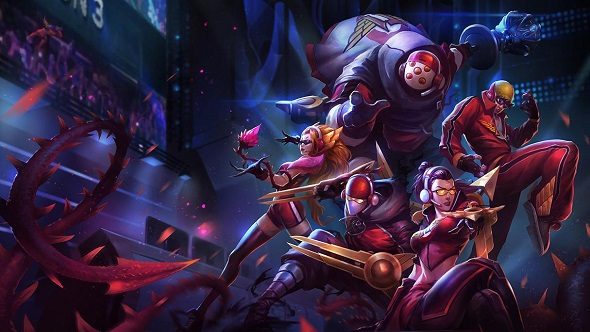 After SKT won the Mid-Season Invitational versus G2 Esports earlier this week, the team’s mid laner Lee “Faker” Sang-hyeok became the first League of Legends player to make over $1 million from winning tournaments. Faker started playing professionally back in 2013 and has played in 35 tournaments up to now.

Want to become the next Faker? Try out these beginner champions first.

Reported by Dot Esports with figures sourced from Esports Earnings, Faker has earned a grand total of $1,047,606.26, with his highest earnings coming from SKT’s win at the 2016 League of Legends World Championships. Evening out his win across his 35 tournaments, Faker’s average takings from a tournament win has been around $30,000.

With SKT looking to win the 2017 World Championships as well, Faker’s total earnings are set to reach around $1.5 million by the end of the year. The next highest earnings from League are Faker’s former teammate Bae “Bengi” Seong Ung at $810,683.00 and then SKT’s current support Lee “Wolf” Jae Wan at $785,528.41. SKT is definitely the team to join if you want to be racking in the moolah playing League. Faker is only 21, so he still has a few more years to raise his lifetime earnings even higher.

However, Dota still reigns supreme as the most lucrative esport out there. The top five esports earners are all Dota players, with four of them being members of the team that won The International back in 2015. Just from that single win, the players from Evil Geniuses made more than Faker has in his career so far. No tournament has since matched the prize pool of the 2015 International, so it may be a while before we see another round of players being made sudden millionaires.