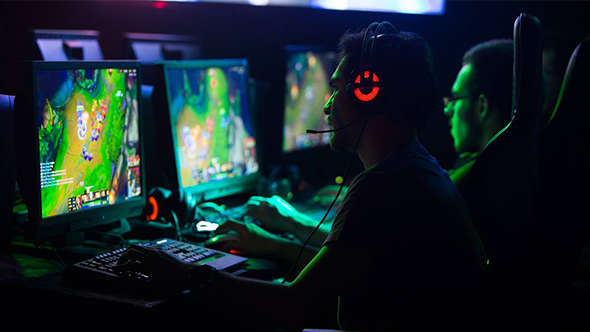 Scientists have found a strong correlation between intelligence and performance in League of Legends. This will come as no surprise to players given that MOBAs require players to think strategically, cooperate with teammates, and retain vast amounts of information. The scientists’ study in PLOS ONE goes further, as it has them stating they believe MOBAs can be used to measure cognitive intelligence.

“If this was chess, no-one would be surprised by this at all,” Alex Wade, Professor of Psychology at the University of York, and the study’s co-author says. The only surprise here really is that there are some videogames now that are as complicated as chess and people play them all the time.”

Wade and his team performed two studies. In the first, researchers performed IQ tests on 56 experienced League of Legends players and compared their scores to their ‘Matchmaking Ranking’, or MMR. Your MMR is determined primarily by your ratio of games won to games lost and is used to assess player performance. For the second study, the team collected age and performance data from thousands of MOBA and first-person shooter players. They used this data to determine if MMR and IQ varied similarly with age.

The researchers found a strong correlation between performance in League of Legends and performance on the IQ tests. The team was also able to show that MOBA player performance and IQ share a similar pattern of variation across age groups. Studies have shown that our ability to think quickly and retain information increases steadily until our mid-20s, at which point it begins a slow decline. According to the study, this is also true for performance in MOBAs like Dota 2 and League of Legends. Interestingly, performance in first-person shooters did not follow this pattern.

“Unlike first-person shooter games where speed and target accuracy are a priority, MOBAs rely more on memory and the ability to make strategic decisions taking into account multiple factors,” Wade says.

It’s important to note that while the study shows a correlation between high intelligence and success in MOBAs, that does not mean playing videogames makes you smart. The correlation simply suggests that having a high IQ is advantageous for MOBA players.

“Research in the past has pointed to the fact that people who are good at strategy games such as chess tend to score highly at IQ tests. Our research has extended this to games that millions of people across the planet play every day,” Wade concludes.