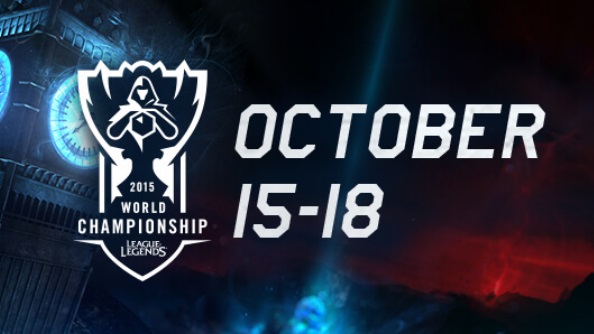 The League of Legends World Championships take place from October 15th at Wembley Arena, and the BBC itself has decided to offer live coverage of the event. Youth-orientated channel BBC Three will be taking the reigns, and the whole event will be livestreamed on the BBC Three website.

Just getting into LoL? Try one of the best League of Legends champions of beginners.

It’s a collaboration between BBC Three and BBC Sport, using the online sporting platform traditionally used for sports involving grass, tracks, or gymnasiums, and the Glastonbury festival. Live footage, pre-recorded video, text, audio, and social commentary will all be available.

The coverage will be hosted by Radio 1 DJ Dev Griffin, who will also be joined by games journalist Julia Hardy, and casters Leigh ‘Deman’ Smith and James ‘Stress’ O’Leary.

Controller of BBC Three Damian Kavanagh said “We jumped at the chance to collaborate with BBC Sport and bring this massive UK event to a wider audience. BBC Three will always experiment with new ways to deliver content that young people want, in ways they want. I think this is an exciting way to cover something millions of young Brits love, in a BBC Three way.”

Leigh ‘Deman’ Smith added “I’m delighted to be part of the BBC’s coverage at Wembley Arena. Worlds has been amazing so far and it’s great to see the BBC getting involved and raising awareness of esports in the UK.”

Does BBC coverage of League of Legends themp you, or are you more likely to stick to the more traditional eSports broadcasters like Twitch?