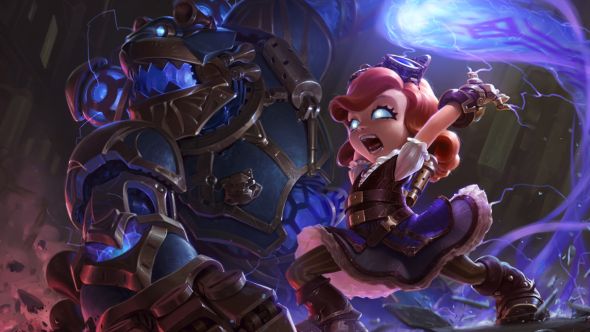 Riot Games are now publishing the drop rates for their League of Legends lootboxes. A post from Riot Support published this morning breaks down the relative chance of getting different rewards from the game’s microtransactions.

Keep up to date with League of Legends patch 8.5 notes.

Riot’s reward system, Hextech Crafting, awards players crates for skilled play, and key shards (3 of which combine to make a key) at random for winning games or behaving in a sportsmanlike manner. Players can also buy bundles of crates and keys in the shop. The crates contain a variety of different rewards, from skin shards (which can be converted into skins using in-game currency) to Gemstones, which can be converted into more chests or collected to earn a selection of very rare skins.

According to Riot’s post, the relative value of a skin does not determine the rate of drop, meaning a legendary-tier skin (the most expensive) is just as likely to drop as a common skin. There are around 800 skins available that can drop from the crates, meaning that there’s roughly a one in eight (0.125%) chance of getting any given skin in any given chest. Skins that are exclusive to the system, such as Hextech Annie, are an exception, with a one in 2,500 chance to drop.

Typically, chests will drop a skin shard 50% of the time, but players are guaranteed to get at least one shard if they open three boxes, increasing the effective drop rate to 57%. In a typical chest, the odds of picking up a Champion shard are 25%, while getting an emote has odds of 10%. There’s also a bonus 3.6% chance of getting a Gemstone, and a 10% chance of getting a bonus chest and key.

Patch 8.7 will see the release of Masterwork Chests, which can only be purchased in the store. They’ll offer an increased drop rate for skin shards, of 70%, with a 10% chance of dropping 525 Orange Essence, an Emote, or a Ward Skin Shard. Bonus drop rates, as well as the likelihood of any particular skin dropping, would seem to remain the same.

You can see the odds as presented by Riot, as well as an FAQ about all things Hextech crafting, in the link at the top of this article.