Update 26 Jan, 2016: Riot have officially launched the Lunar Revel 2016 with some surprises.

The Lunar Revel is going live on all servers today and Riot had a couple of extra bits to reveal that weren’t in last night’s post, including a very odd in-game trailer about Caitlyn shooting small children in the face. As she does.

A great time to get into League of Legends with our best champions guide.

The full teaser site is now available, telling the story of a giant golden monkey taking on the scatily clad evil rulers of some mythical land – so far, so videogames. That’s the set up for this video introducing how the skins look in-game:

Poor Annie. She deserved better. There’s also a whole bunch of cut-price bundles available, one including all of the Lunar Revel content and others with far more if you happen to be a newer player wanting to get a foot-hold. Details on them are in the official FAQ, which also has high definition versions of the various new summoner icons that can be acquired.

Riot also announced that the personal discount shop will be making its return from the winter season, giving each player six personalised deals for recent skins, champions and other content. A bonus to mystery gifting is also in place until the event ends on February 8th, giving double chance to get something good out of the random-gift system.

Pretty much everything other than Wukong’s skin will disappear on the 8th of February, so you have until then to decide what you want. In the mean time, have a look below for what else is available. 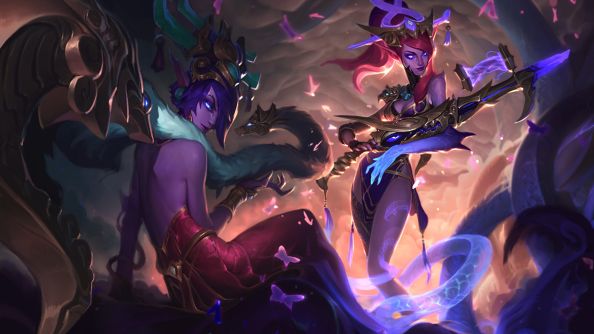 Original Story 25 Jan, 2016:The latest League of Legends event is just about ready to kick off, and it’s a celebration of everything moonlike. The Lunar Revel is an annual event that coincides with the Lunar New Year on the Asian Lunar calendar. What it means for League fans is new skins, wards, a login screen and all the rest. Some amount of that was already seen on the Publice Beta Environment, so here’s all the details.

The main event, as always, is skins. You can see the Lunar Wraith Morgana and Caitlyn splash above, where that apparently means “lithe and purple.” Meanwhile, Radiant Wukong will also be making his debut, and looks a little like this: 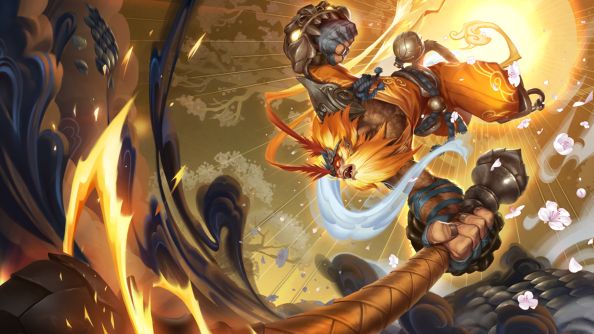 Pretty! And one of the first new Wukong skins in quite some time. He’ll hit at the 1350 RP mark, as will Caitlyn’s new form, while Morgana’s at a budget 975. They aren’t the only things coming with the Lunar Revel however, with a new, quite fabulous, ward skin on the way too. 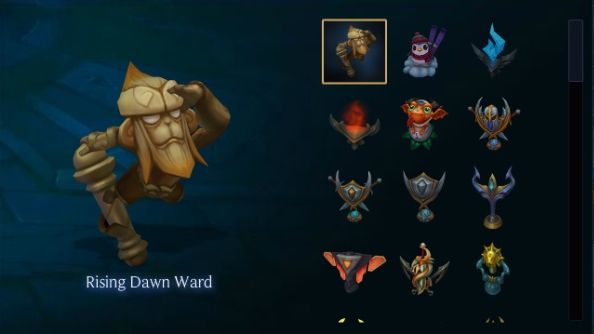 He’s keeping a lookout for enemies, see? It’s clever. Once the event kicks off, which should be tomorrow, this login screen will also replace the start of season one that’s been in place for a couple of weeks now:

Meanwhile if there’s any content that didn’t make it onto the PBE and therefore hasn’t been datamined, it’ll be revealed via this teaser page. We’ll also update this post as and when. As always, for more have a look at Surrender @ 20’s archive of unreleased content.