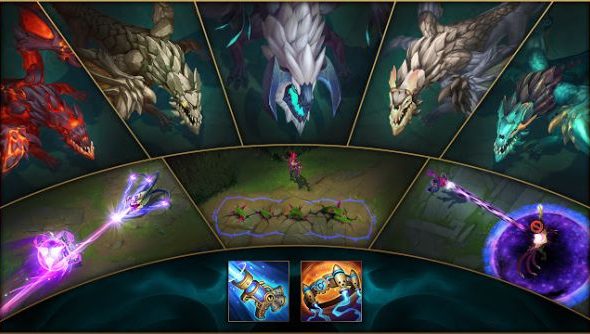 League of Legends’ next big content patch is 6.9, the long-teased massive update to Mage characters, sitting right on top the standard mid-season shake-up of the metagame.

Update 04 May, 2016: The patch is now live, so here’s Riot’s official patch notes and introduction video.

There’s huge changes to a massive swathe of the cast, Dragon is splitting into five, plus all the usual skins, splash updates, minor additions and other balance changes to sort things out. With the patch now available, Riot have released the official patch notes detailing everything they’re changing, as well as a six-minute run-down video of all the biggest impacts.

Just getting started? Here’s the best League of Legends champions for beginners.

All the usual production values and jokes make it into the 6.9 Mid-Season Spotlight video from Riot, showing off the major changes to champs and items, as well as some of the design goals and methodologies behind the switch-ups.

Very fair points made here about the nature of half-snake people and the wearing of boots. Something for everyone to take on board.

Meanwhile, the official patch notes have now popped up. Due to the absolutely massive nature of the update, they’re debuting a new layout and more easily navigable page. Having had to write up the 5,000 word madness you see below, I don’t blame them. If you’re already familiar with the patch not a tonne has changed from the final PBE build, but there’s some extras we didn’t cover, as well as small final tweaks. It’s playable now, so instead of worrying about that, go experiment – I’m sure your team won’t mind that you haven’t read up.

The wheel never stops, of course. Patch 6.10 has now started testing on the PBE, including the game’s newest champion, Taliyah. We’ll bring you all the info on that later today.

In case you’re just here to know when things are changing, know that May 4 is go-day for 6.9. Servers will go down for maintenance, and will reemerge newly patched. The North American server’s looking at 3:00 am PST, EUW at 5:00 am UK time, and EUNE at 3:00 am CEST.

Ranked queues will be disabled an hour and a half beforehand, and once the hammer comes down, all ongoing games will end in an unrecorded draw. Riot expect maintenance to take three hours in all.

We’ll keep you appraised of any changes. Remember that theserver status pageis always your best bet for knowing what’s happening when.

We’ll start with the update coming to mages specifically, as it’s the main draw of the patch and involves much larger changes than normal.

Will of the Ancients –removed

Dragon is irrevocably changing in 6.9 by being split into various elements. Rather than a single dragon buff, you’ll now receive one based on which of the four elements spawned and was killed. However, from 35 minutes onwards the Elder Dragon will spawnrather than a randomly selected element, giving a far more powerful buff to the team that manages to take him down. Before this, each team knows which Elemental Dragon is coming next due to a mark on his pit and a unique mini-map icon. Here’s how each Elemental Dragon is different to fight:

And if you take them down, here’s what your team gets:

Each of these stack with each other. To get the Mark of the Elder Dragon, you have to take out the far tougher, slow-spawning Elder Dragon from 35 minutes onwards. That buff only lasts 90 seconds, and should generally be considered a game ender or at least serious pushing power. No matter what other buffs you have, Elder Dragon also gives your team: 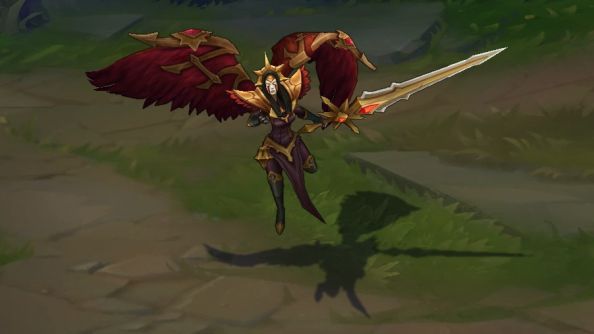 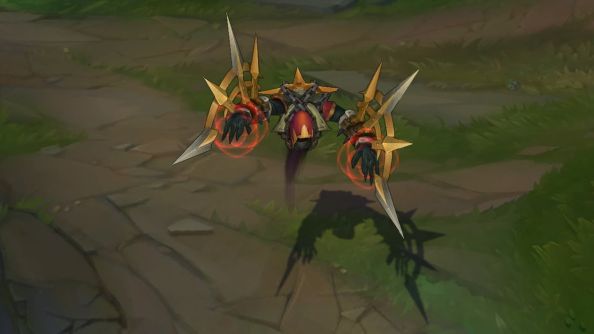 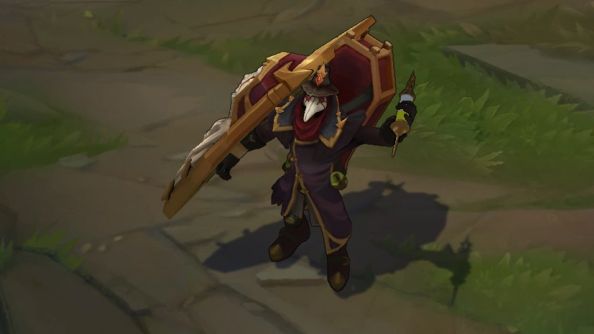 750 RP Royal. Details on this full set from Riot.

And their combined splash art: 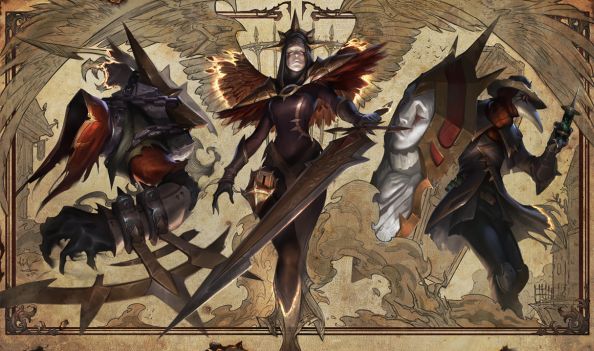 There’s a new login screen every patch, each with a short animation and a unique song. They’re always very good. 6.9’s is based around the 2016 Mid-Season Invitational:

There’s always new splash art rotating in as Riot’s artists come up with nicer and nicer showcases of their champions. Here’s what’s coming in 6.9: 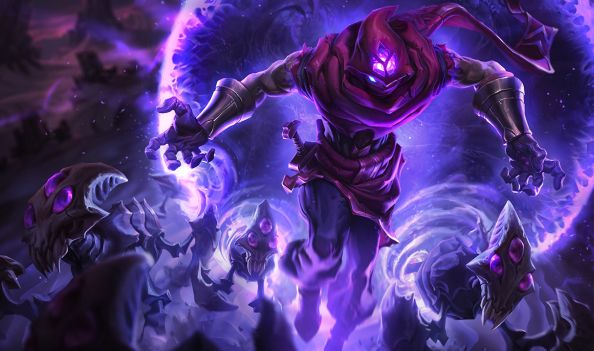 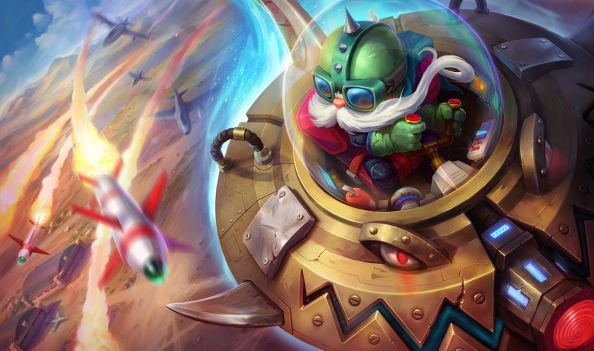 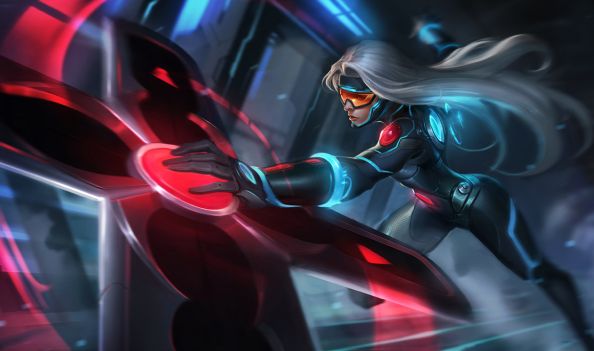 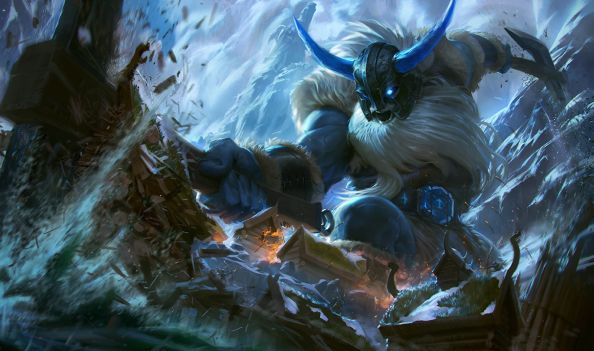 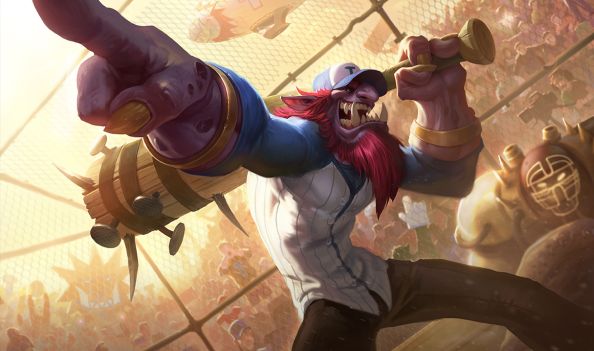 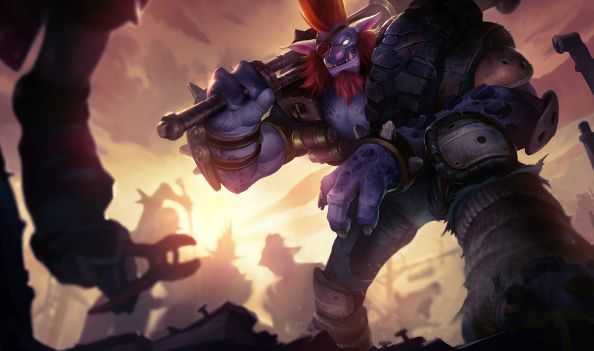 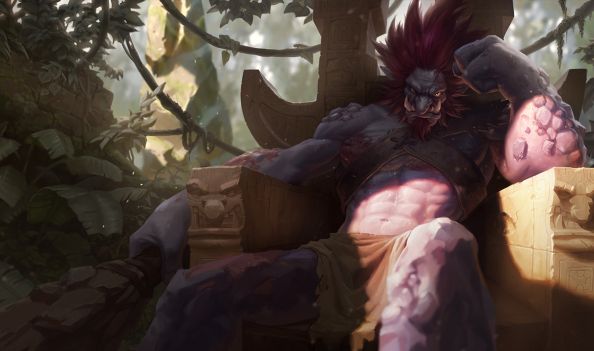 6.10? Yes. This PBE is testing a function for games with AFK players to be surrenderable early, thus letting everyone involved get to actually play a proper game. It’s definitely not coming in 6.9, but may make it in for a later patch down the line. Here’s what we know about it so far:

Expect more info on this feature in future updates.

That’s League of Legends patch 6.9. We’ll update as and when we get more info, or we’ll see you for patch 6.10 in the very near future. Let us know below if there’s any vital info we missed!