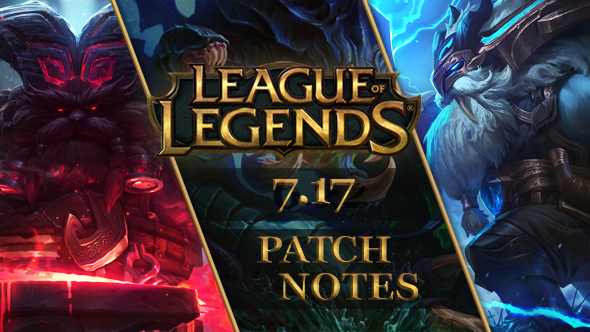 League of Legends’ next big content patch is 7.17, introducing Ornn, the Fire Below the Mountain and a bunch of new Star Guardian skins, as well as a host of balance and bug fixes. There are some pretty big changes to Janna, and Leona’s getting a small set of changes too. Have a look below for all the information we’ve got, straight from the PBE.

Stay up to date with the League of Legends 7.18 patch notes. 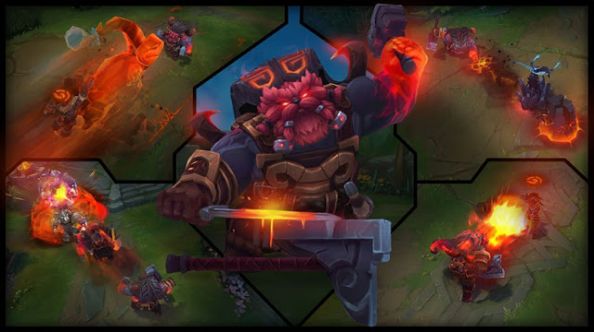 Ornn, the Fire Below the Mountain is heading to the rift in patch 7.17. Ornn is a utility top laner, who can buy his items from anywhere on the map, and can also provide upgrades to top-tier items for his team-mates.

Ornn can use gold to forge non-consumable items anywhere. Additionally, masterwork upgrades for some items are available for Ornn and his team to purchase. Ornn can smith items directly from his forge menu or the shop.

There are eight masterwork items available to Ornn and his team:

Call of the Forge God (R)

Here’s what that all looks like in one fiery package:

There’s also a full voiceover for Ornn, which you can hear here:

And here are all of Ornn’s special interactions:

Ornn’s in-client lore explains some of his backstory, and also teases some of his reltionships to other champions:

“Ornn is the Freljordian demi-god of forging and craftsmanship. He works in the solitude of a massive smithy, hammered out from the lava caverns beneath the volcano Hearth-Home. There he stokes bubbling cauldrons of molten rock to purify ores and fashion items of unsurpassed quality. When other deities – especially Volibear – walk the earth and meddle in mortal affairs, Ornn arises to put these impetuous beings back in their place, either with his trusty hammer or the fiery power of the mountains themselves.”

Riot also have a short story, the Lost Tales of Ornn, that you can check out if you’re hungry for more lore. There’ll also be some stuff on Ornn’s universe page closer to release, so keep an eye out for that. 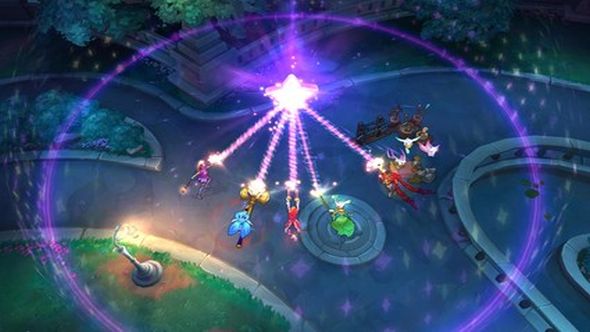 With the arrival of patch 7.17’s Star Guardian skins comes Invasion, a new PvE game mode that take place on a series of new maps. As the Star Guardians, you’ll have to defend the city from a series of monster attacks. More information can be found here. Invasion comes with its own soundtrack, which you can listen to here:

Invasion also has its own announcer pack, which you can check out here.

More details about Invasion, including how the game mode works and which champions will be featured, have been released alongside Invasion’s new presence on the PBE. For now, you can check out those details here.

Invasion is now live on the PBE. 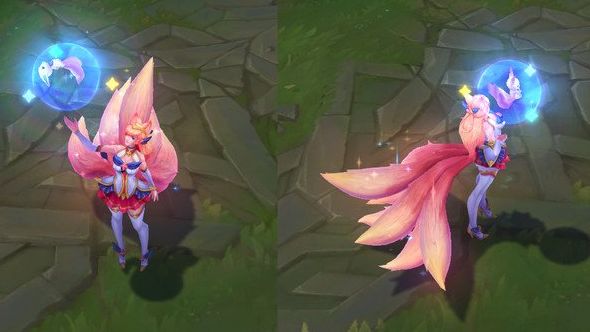 Star Guardian Ahri also comes with a full VO, which you can watch below.

Like Ornn, Star Guardian Ahri comes with a load of unique interactions with fellow champions, so you can check them out here.

As a legendary skin, Star Guardian Ahri comes with a little bonus, this time in the form of an announcer pack, which replaces the normal Summoner’s Rift announcer. Check it out below. 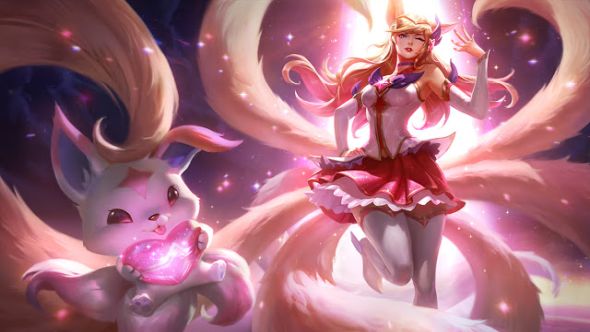 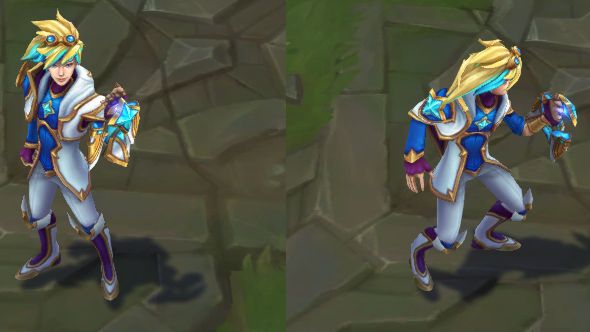 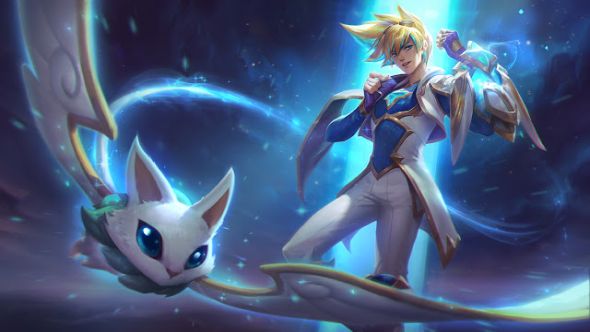 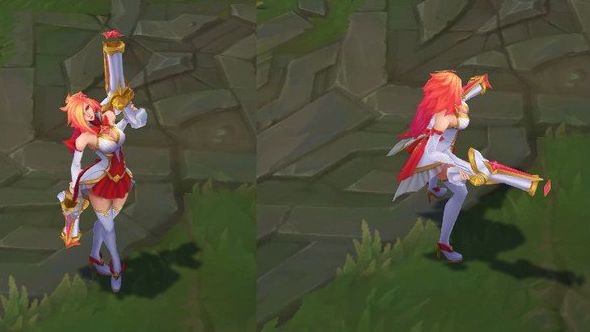 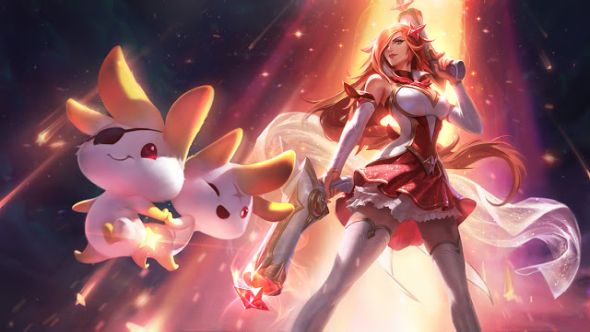 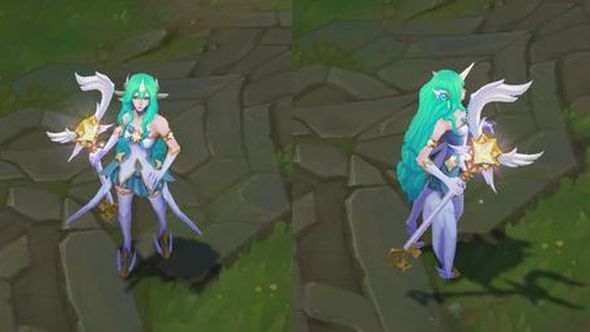 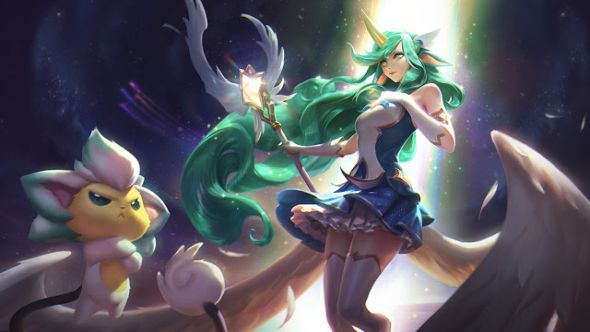 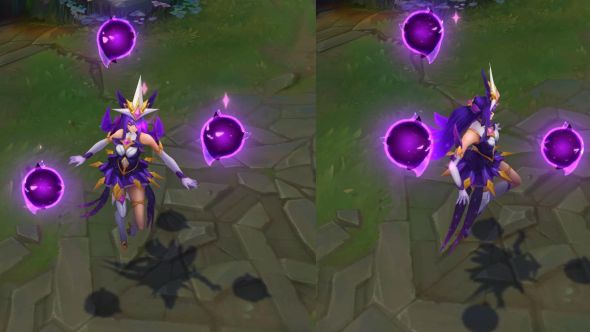 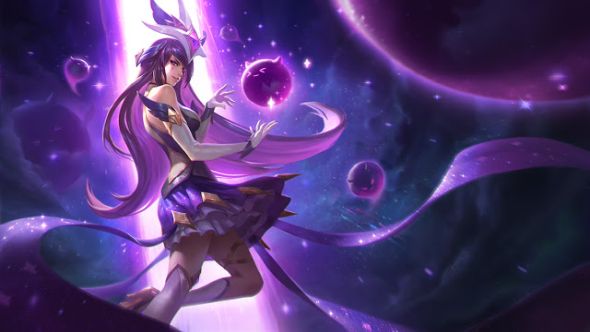 Neo PAX Sivir is a recolouring of one of League of Legends’ rarest skins, the original PAX Sivir. She’ll be available for a year, from August 31 2017 to September 1 2018, and will be craftable with 10 gemstones. You can find out more here.

Here’s their splash, and they also now have a special loading screen. 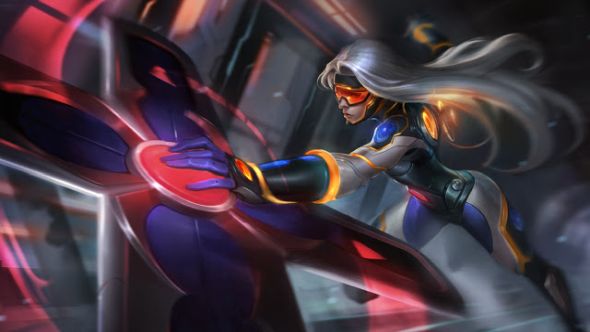 Each patch has its own login screen with unique music. They’re always fairly excellent, this week, Ornn’s login screen has appeared, so check it out below.

The Star Guardians will also be getting their own login screen, likely to coincide with the Invasion game mode.. You can check it out below.

Patch 7.17 heralds the introduction of the new emotes feature. It seems as though these will work in much the same way as champion mastery flairs, but will offer a little more scope to bother your opponents. The Emotes inventory is now available on the PBE, but the emotes themselves aren’t available in-game just yet. You can check out Riot’s full post here.

Lead Designer Meddler has been on the forumsdiscussing upcoming changes to champions. Nautilus, Pantheon, and Janna are all likely getting changes in patch 7.18. Azir, Yasuo, Udyr, and Vayne will also all be getting changes before the preseason.

Meddler has also officially announced that Ornn will be disabled for the Worlds tournament.

RiotAxes has been on Redditdiscussing the proposed Malphite changes. They will be pulled from the patch, with more fine tuning on Malphite’s Q and W, likely now arriving in patch 7.19.

That’s League of Legends patch 7.17. We’ll update as and when we get more info, or we’ll see you for patch 7.18 in the very near future. Let us know below if there’s any vital info we missed!