League of Legends’ next big content patch is 7.24, bringing a special Christmas-themed version of URF, as well as a host of balance and bug fixes. Those include significant changes to Morgana, Galio and Zyra, as well as several smaller changes. Have a look below for all the information we’ve got.

Keep up to date with the League of Legends patch 8.1 notes.

We don’t know the exact release date for patch 7.24 yet, but the schedule is bi-weekly so expect it on Wednesday, December 6. We’ll update when Riot do, but keep an eye on theserver maintenance pagefor the latest updates.

There are also some balance changes to Runes. You can find a full rundown in ourRunes Reforged guide. 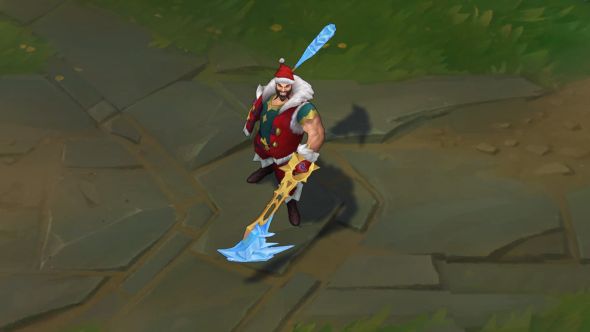 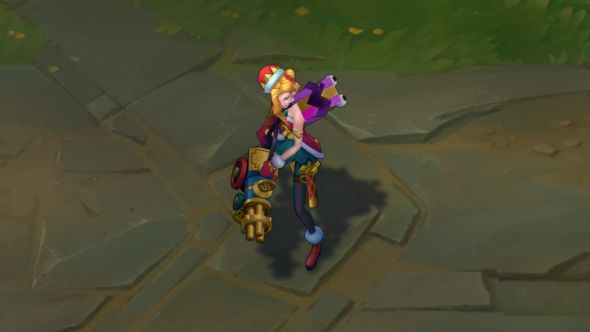 There’s no splash art for Ambitious Elf Jinx just yet, but you should check out her excellent Homeguard animation here: 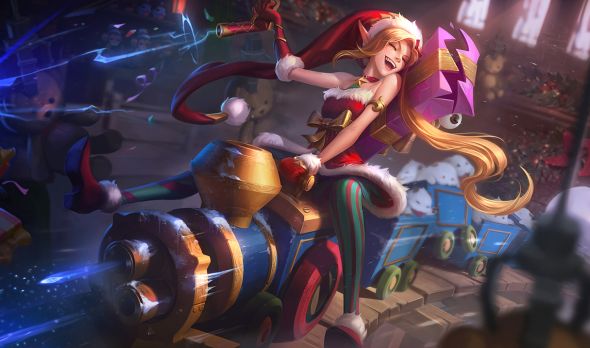 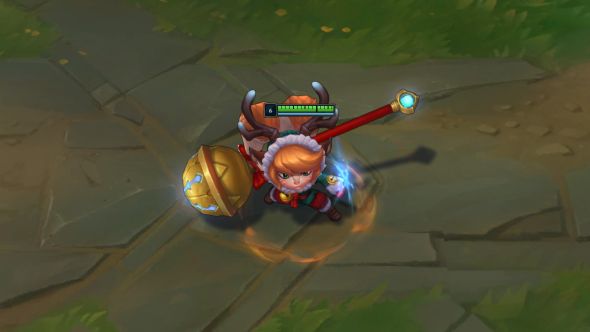 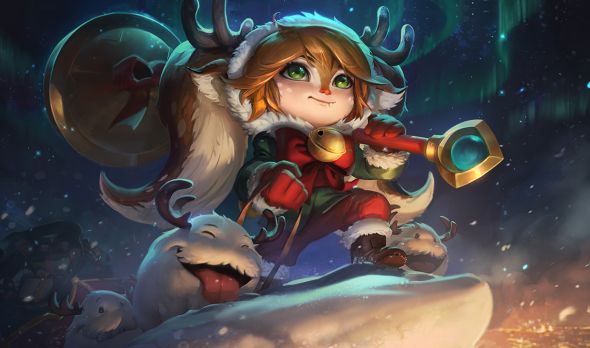 Only available through loot boxes. 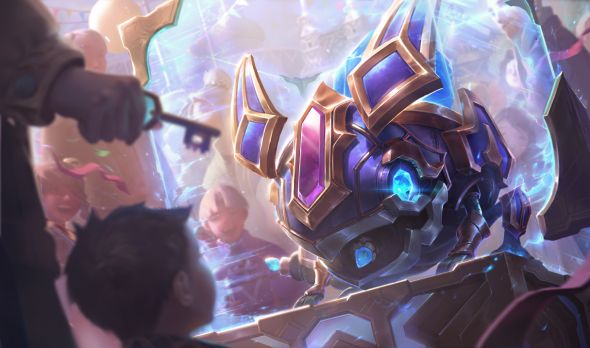 Each patch has its own login screen with unique music. They’re always fairly excellent, and 7.24’s first is a celebration of the All-Stars 2017. The second is a clockwork imagining of the three new Christmas skins, and, to be quite honest, it’s a little unsettling:

As part of League’s Christmas celebrations, not one, but two rotating game modes are on their way back. The description for Snow Battle ARURF says “A frigid fate awaits your foes! Fling spells and snowballs in this icy twist on ARURF, featuring League’s coolest champions.”

Snow Battle ARURF will give you a random champion from a pool of sixty icy characters (or those with wintery skins, which you’ll get automatic access to, even if you don’t own currently own them). Snow Battle ARURF will also set you up with a version of Flash on a 60-second cooldown, and a massively-enhanced version of snowball, which speeds you across the map to your mark. Check out the champion select music for ARURF below:

Meanwhile, the Poro King will return with two new poros – the Deer Poro and Baron Poro are joining the lineup in the upcoming Pro King gamemode.

Meddler has beenon the forumsdiscussing micropatches, as well as changes to Morgana and Zyra. He also mentions that 7.24 is the last patch of the year, and that patch 8.1 will be with us in early January.

That’s League of Legends patch 7.24. We’ll update as and when we get more info, or we’ll see you for patch 8.1 in the very near future. Let us know below if there’s any vital info we missed!