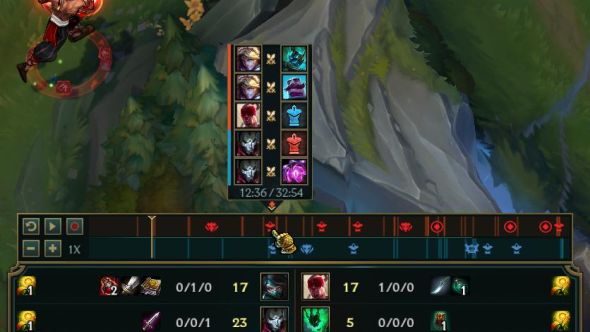 Riot have decided they’re going to have the best end-of-year ever, implementing community request after community request while releasing anime openings and running the most surprising World Championship for League of Legends so far. Yesterday it was the return of ranked solo queue and today Riot say replays are coming to the game in beta before the end of the year, with full release in early 2017.

Get involved with League of Legends, free.

League of Legends, as the biggest eSports in the world, not having had replays all this time has long been a bit of a joke. Third-party software exists to keep a record, and obviously the prevalence of personal recording and streaming software has made it less of a necessity at the highest level, but it’s still surprising it took this long given games like Brood War and Quake had replays and demos as far back as the 90s.

It comes down to infrastructure and engine issues, with Riot presumably choosing in its earliest days to focus on other parts of their then-unsure game. Since which its been backburner’d repeatedly due to similar problems and concerns from the team that it wouldn’t be something they could get working properly. Even the version they’re releasing, as detailed in the announcement post, won’t work between patches, a final hurdle they’re still working on a solution for.

It will do everything else you’d expect though, and more – coming with it is a highlighting system that creates video records of whatever part of the game you wish, stored as .webm files. Those run using HTML5, are lightweight and compatible with whatever software you’re likely to be using, as well as sharable “to social media alongside your cat gifs” as Riot put it. To help you find the best moments, the replay timeline is automatically annotated with kills, objective takes and more. Riot say further details to follow in the near future as it enters beta.

Riot are getting an awful lot right this week after a middling year that’s seen a loud portion of the community turn from them. Whether that balance has been tipped too far or not remains to be seen, but if they kick off tonight with an announcement of Sandbox Mode, they’ll have fulfilled basically every major community demand.