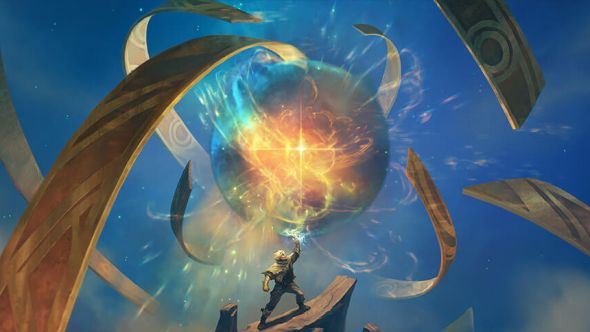 Update, November 6: Riot have released this year’s preseason spotlight, ahead of the end of the current ranked season.

League of Legends’ preseason is the game’s transitionary period. The time between the end of one ranked season and the beginning of another is often full of new gameplay features, and this year is no exception.

Ahead of this year’s preseason, Riot Games have released this year’s League of Legends preseason spotlight on their Singapore and Malaysian YouTube channel. You can watch that above, or check out a full rundown in the article below.

You can check out our Runes Reforged guide for a more in-depth list of the new runes.

Original story, September 25:This year, the biggest change coming to preseason is Runes Reforged, which is the biggest change to these systems since the game launched. Riot have just run a livestream with two of the game’s design team, Wrekz and Meddler, to discuss several of the upcoming changes.

There are 12 runes per path, with a total of 5 paths, so that’s 60 runes altogether. You’ll be able to pick six runes, four in a primary path, and two in a secondary path. The five paths are precision, domination, sorcery, resolve, and inspiration. They focus on sustained damage, burst damage, empowering abilities, durability and crowd control, and what Riot are weirdly referring to as “rule bending” respectively.

The paths you choose also offer a stat boost. The actual stats that are changed will depend on what you pick in your primary path, so for example, if you choose a combination of a domination primary path and an inspiration secondary path, you’ll get 15 ability power or 10.5 attack damage. If you pick a Resolve/Precision combo, you’ll get 70 health.

Wrekz and Meddler say the aim of the new runes system was an attempt to “open up the pregame system to allow people to make interesting choices,” as under the current system, rune and mastery pages were really similar. The overall aim is to broaden possibilities that you can come up with, and increase build options for champions and interactions. The hope is now that your playstyle will matter just as much as the stats those runes and masteries provide. You’ll also be able to make your rune pages in champion select, which was previously a privilege reserved for masteries.

All the runes will be available from level one, but you’ll be pushed towards default rune pages for the first 15-20 games. Those will hang around if you want them, but you’ll still be able to customise. You can now no longer load into a game with no runes or masteries at all.

Elsewhere in the preseason updates, the level cap has been removed, and levelling up will now grant rewards as you level up further. There’ll also be veteran rewards, granting you rewards based on how much you’ve played.

In-game currency is also changing. IP is becoming blue essence, which will now be used to purchase everything other than cosmetics in the in-client store. Also, all runes purchased before the start of the current season will be refunded.

Runes will be up on PBE tomorrow, with November 8 the targeted preseason date. you can find out more about the season eight preseason here.