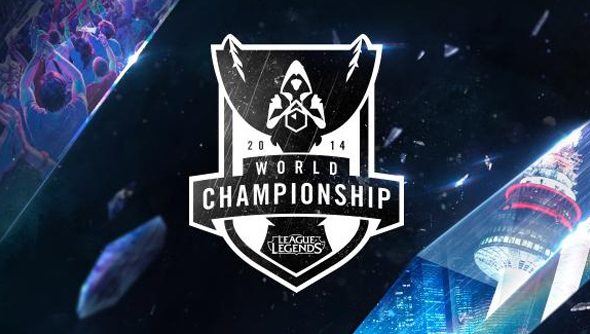 League of Legends Worlds begins today – the final leg of a year’s competitive lane-scuffling. Hosted in Singapore, this weekend’s group stages will feature teams from all over the world – and the best will be catching planes to Taiwan and Busan, South Korea before the grand finals in Seoul in October.

Riot Games have put together a cartoon fit to inaugurate this border-crossing, career-culminating melodrama, and they’ve called it ‘Warriors’. Have a watch: it is good.

As far as Riot are letting on, the animation was done in-house at one of their nine offices. The music’s been handled by shouty chart-botherers Imagine Dragons.

“We set out to craft a war cry to rally behind,” said Riot of the short. “Whether you’re a solo queue warrior or fighting off the LCS jitters – every moment counts.”

Warriors takes ‘young men in hoodies striking cool poses’ as its starting point, and sort of flies with it.

Worlds is more fully known as the Season 4 World Championships. Its group stages will run from now til Sunday, and again in Taiwan from September 25-28. Then we’ll head to South Korea for the quarter finals in Busan on October 3-6, and eventually Seoul for the semi-finals on October 11-12, and the grand finals on October 19.

Last year’s championships attracted 32 million viewers. These will definitely bring in more. Perhaps one of ‘em will be you? If so, you’ll want to read our Rob’s roundup of the NA League of Legends Championship Series Playoffs to prep.