On Halloween eve things are getting especially tense in Berlin, as KOO Tigers prepare to take on SKT Telecom tomorrow in the LoL Worlds finals. At the pre-match face off, there was no question of who is the stronger candidate to lift the Summoner’s Cup tomorrow afternoon. Of both the Korean teams, SKT has not dropped a single game in their campaign, and are looking almost over-confident in making a perfect run to claim their place as the first two-time World champions after their first success in 2013.

Getting into League of Legends? Here’s our thoughts on the best beginner’s champions.

However SKT coach, Jeong-Gyun “kkOma” Kim, is still wary of their underdog countrymen, but faith in his team remains steadfast. “Because KOO has such a good momentum right now I think the score might go as far as 3-2, and I think in the worst case we might actually lose the first 2 games,” he said. “But I have no doubt that SKT will take the final victory.”

KOO’s position in this all Korean final is decidedly shakier, though, as you would expect from a team described as the region’s rejects. Though they’ve made it this far, and only dropped a single game against their other Korean rivals (third-seeded KT Rolster in London’s quarter finals) KOO are still very much the contenders here.

“As you can tell from the head-to-head record our players might lose confidence facing SKT because we have such a losing record,” KOO’s coach Nocheor “NoFe” Jeong said, with great humility. “So my role will be to minimise that by emphasising how much my players have grown.” 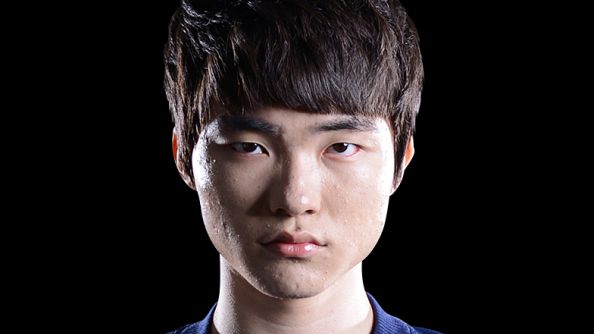 The newly formed team has made it through a gauntlet of some of the game’s strongest top laners, including Fnatic’s Huni last weekend in a 3-0 sweep to secure their finals place. A lot of this has been down to the extraordinary individual contributions of top laner Kyung-ho “Smeb” Song, but now the team faces off against a more terrifying threat, the “Demon King” himself, Sang-hyeok “Faker” Lee.

“I think Faker’s been so good because he has great skills, but also he is full of confidence, and from that he likes to push to his limit and take advantage of his opponent,” remarked KOO’s jungler Hojin. “And he has such good teammates that allow him to perform to his best.”

It’s little surprise to anyone with an inkling of the e-sports scene in The East that this year should prove to be a Korean derby, butSKT’s kkOma believes it was a much closer run of things than the result suggest.

“My honest opinion is that there’s hardly a difference in the regions this time,” he said, “and though we are the only ones in the final, other teams have been performing really well.” 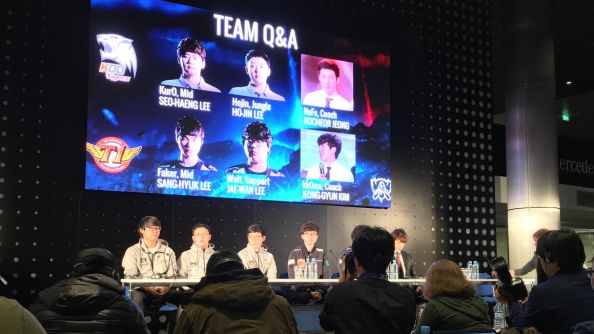 Co-founder and CEO of Riot Games Brandon Beck interprets this year’s Worlds run in a similar way, as the Europe vs Korea semi-finals provided by Fnatic and Origen suggest a much more diverse regional split than previous years.

“There are a lot of reasons for why LCK [LoL’s Korean league] is strong and continues to be so, one of them being the fantastic coaching,” Beck said. “But I think we’ve seen some really interesting performances from different regions. We saw Europe do some impressive things, and China won MSI [the Mid-Season Invitational] too.”

As for the victors of tomorrow’s final battle, winning means different things to both teams. For KOO, a chance to earn the respect of their country, and restore LCK’s reputation having failed at MSI. But for SKT, when asked whether they would do anything special for the fans who carried them this far, Faker himself said, with a smirk on his face: “If we win, our victory itself would be a great gift for all our fans. But if you want something special, then just like the way my hairstyle looks, I will eat a broccoli.”

What is it they say about pride and sudden drops?