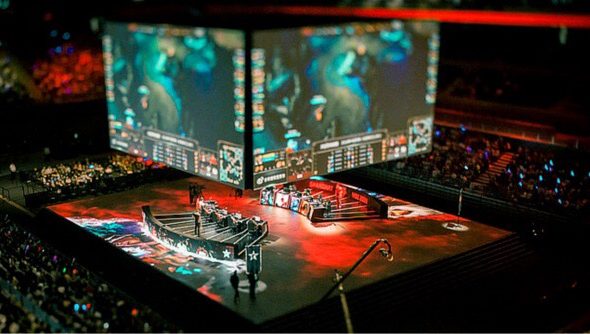 China could be seeing a lot more international League of Legends tournaments if this week’s Mid-Season Invitational continues to do well, Riot have said.

Get involved with the best League of Legends champions for beginners.

Riot Games’ director of eSports Whalen Rozelle said today in a press conference ahead of the semi-finals in Shanghai that the tournament was a test bed for further competitions in the country, including the World Championships.

“It is definitely our intention to bring Worlds to China,” Rozelle said in answer to a Chinese journalist’s question. “We think that MSI is a good first step to learning how to throw an event in China and do a good job.”

Four teams remain in the invitational, which gathered the champions of each region’s Spring Split for the group stages last week.

The playoffs take place over the next three days in the city, just two months after direct competitor in the eSports MOBA field Valve gained global headlines with a litany of production problems during the Shanghai Dota Major.

Though the bar is admittedly set quite low for a successful event in the aftermath of the Major fiasco, Rozelle is intent on doing everything possible to set the groundwork for a Chinese Worlds.

“MSI for us is not just something that we want to do a good job on,” he said. “We think that we’re going to learn a lot from these couple of weeks of MSI so we can see what it would be like to do a five-week Worlds event in the future.”

The company, in partnership with Chinese owners and publisher Tencent, also hopes to have more than just two opportunities throughout the year for teams from different regions to compete against each other, possibly during the off-season.

“We would like to have international competition that is not necessarily as disruptive as having an international event like MSI,” Rozelle said, “which does require a lot of reel time and run-down time which is just incredibly disruptive to the whole scene.”