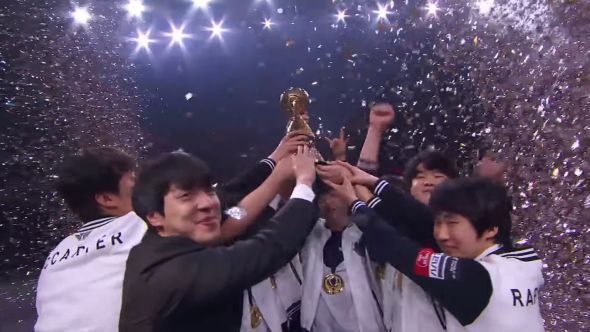 There’s good, then there’s Korean good. SKT1 are the latter, having just smashed another tournament, defeating the European G2 in the finals of LoL’s Mid-Season Invitational. G2 acquitted themselves well, even managing to take a game off the dominant titans of the game, but the inevitable victory came anyway.

Want in? Here are the best champions in League of Legends.

Despite a few roster changes along the way, it marks the fifth massive tournament the team have won in the last three years, including three world championships and another MSI. They also came second in 2015’s MSI, and won the first LCK split of this year with a dominant 16-2 record in group play.

As the tournament was down in Brazil, former footballer turned esports investor Ronaldo showed up to hand the medals out. Here’s a video of him and Faker, arguably the two best players to ever touch their respective games:

For highlights of the games themselves, Riot have this quick video to remember the tournament, which you can see above. You can also watch the VODs via this Reddit thread.