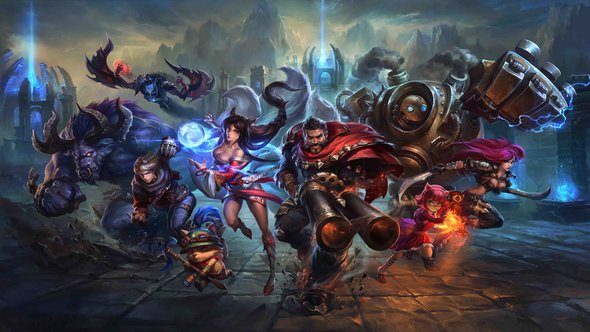 Intel Extreme Masters, the only remaining third-party organizer for pro League of Legends tournaments, have announced that they will no longer be hosting the MOBA during their latest tournament season. This means that Riot Games will now be solely responsible for the pro LoL scene, having recently announced the International Rift Rivals event, presumably to fill the gap left by IEM.

LoL can be a little daunting at first. Check out our beginner’s guide if you’re thinking of giving it a try.

In a post onReddit, IEM creator Michael ‘Carmac’ Blicharz made the announcement, citing scheduling issues with other official Riot events as one of the main reasons behind the decision. “In the current LoL landscape during the off season Western players are being traded or are on vacation while Korea and China are running tournaments with their teams locked in.” he goes on to say that “working around those limitations didn’t seem like the right way to move forward.” It also seems unlikely that IEM will return to LoL any time soon, as Carmac explains that scheduling events around Riot’s LCS would have to be made much easier first.

A crowded schedule is not only a concern for Carmac and IEM. Riot themselves have acknowledged how busy and ultimately, how tiring the pro LoL circuit can be. In an update over at lolesports.com, the studio laid out their intentions by explaining that “our season is already long, and we want to make sure that pros avoid burnout by having a sufficiently long off-season. Elite teams are practicing or competing in as many as 42 weeks over the year, sacrificing even weekends to be the best, and with very little time off to relax, take a vacation or do anything other than train for long hours at high pressure.” Thus, the purpose of Rift Rivals is to ensure “an uninterrupted offseason for pros in 2017” while maintaining a decent amount of international play. 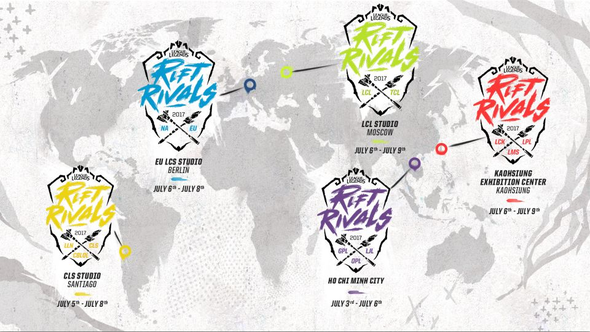 With regards to Rift Rivals, it will be a kind of semi-world-wide event, with contests taking place between 2, 3 or 4 different regions. The locations taking part in the July 3-9 events are as follows.

Due to the differing nature of each separate competition, the formats will not be identical for each one. But ultimately, this whole event will take place during the summer split, sitting in-between the Mid Season Invitational and the World Championships in October.

Check out a detailed explanation of the Rift Rivals event over at pvplive.net. League of Legends is free to play so head on over to the official website to get involved.