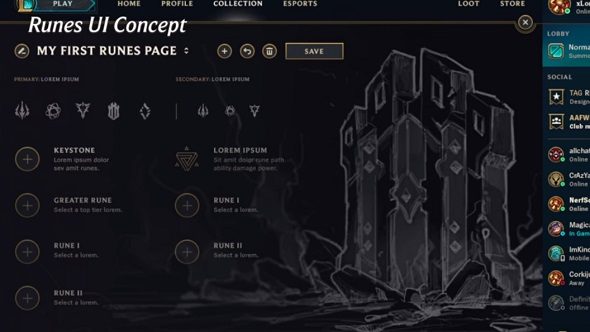 Runes and Masteries in League of Legends are being combined into single pre-game system, with new runes delivering more focused choices for players, rather than tiny stat adjustments. Riot promise these will have a “greater impact on gameplay”.

Moving forward, Keystone runes will also be upped in potency. These will soon be big, game-changing decisions before a match begins, with which you can build an entire playstyle around. Some examples given are Berserk and Perxie: the former ups attack speed, while the latter can damage enemies and shield allies.

Minor and major runes will bolster your Keystone choice, so you’ll be able to make smaller adjustments to your core. Have a look at some examples in the video above.

You’ll be free to try these runes out, too, since all new runes will be offered free of charge. That means you can spend your IP on the good stuff, such as new Champions instead. The entire reward system is being looked at as part of the changes. There will also be a plan in place for those who have spent lots of IP on runes.