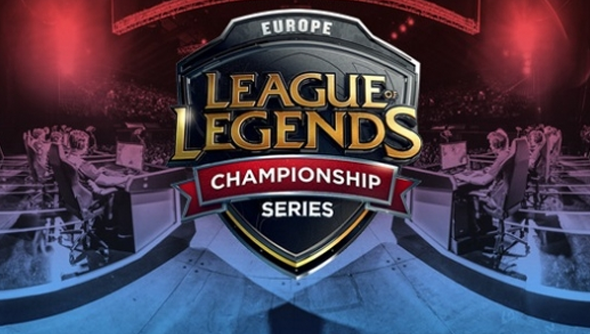 Monday brought the news that MYM’s manager, Sebastian “Falli” Rotterdam, had threatened one of his players, saying that if he left the team he would go after the player’s mother’s home. Riot have responded to the action, fining MYM €5,000 and indefintely banning Rotterdam from taking part in the LCS in any role.

However, they also say their “investigation found fault on behalf of both player and management.”

Marcin “Kori” Wolski, MYM’s midlaner, decided to leave the team before the start of the 2015 LCS season, saying that he was owed pay. The pay wasn’t due from MYM itself but from the team MYM took over that Wolski had been a member of, Supa Hot Crew.

Rotterdam said MYM didn’t owe any unpaid wages and that if Wolski left now he’d be in breach of contract and he would go after Wolski’s mother and she “would lose the house.” Wolski, however, was recording the conversation and he sent it to the press.

Since the tape was leaked MYM have fired Rotterdam.

Riot have been debating who was at fault since the matter was brought to their attention back in January. In a long statement, they said that while team contracts are their own business they “will do everything in [their] power to discourage and work against unacceptable environments involving [their] teams and players. [they] have zero tolerance for intimidation of players within an LCS organization.” So when Wolski approached Riot they began to investigate his claims.

Wolski told LCS officials he had a recording of Rotterdam but they did not request the tape because there were “legal concerns regarding the recording which was obtained without all parties’ knowledge” and they did not “use it to inform [their] ongoing investigation.”

LCS say that the case is not clear cut – “Our investigation found fault on behalf of both player and management.” Riot say Wolski’s claims about not being paid are the result of “Wolski’s own failure to provide requested tax documentation.” MYM provided the LCS with proof that while Wolski was in the employ of MYM he never missed a payment. This means that when Wolski refused to play and demanded to be released from the team he was “breaking an active contract and commitment to MYM.”

However, despite Wolski initially being in the wrong, Riot say that “teams have a moral commitment to treat players – who are often inexperienced and vulnerable – with dignity and respect” and “Rotterdam’s actions in conversation with Wolski when addressing this contract break were both unprofessional and unjustifiable.”

As a result, Riot have “indefinitely suspended by Riot from competing within the LCS as a manager or any other team position.”

They have also weighed a fine against MYM because “an entire LCS organization shoulders the responsibility for the behavior of their team members and ensuring their players have a safe and professional environment. MYM will be held accountable for Rotterdam’s actions towards Wolski and for failing to protect their team members from his unacceptable and bullying behavior.”

For Rotterdam’s unprofessional behaviour, Riot are fining MYM €5,000. Riot say they came to this amount after considering a number of factors: “Primarily, we considered the fact that Rotterdam’s actions – and MYM’s failure to protect players from them – created an unprofessional work environment for the team. We also took into account the fact that MYM acted decisively to remove Rotterdam from the organization once the full facts of his behavior had come to light. Lastly, although it in no way justifies threats or intimidation, we also considered when deciding on a punishment the fact that Wolski appeared to break a commitment to a team, which put not only his career but those of his teammates in jeopardy.”

Some LCS fans have called for MYM to be kicked from the league but Riot say they “feel that MYM has taken significant steps to remove toxic influence from within their organization.” Plus, kicking MYM would “unnecessarily penalize players and interrupt their pro careers through no fault of their own.” However, “any further violations can and will put them on a path to suspension from the LCS.”