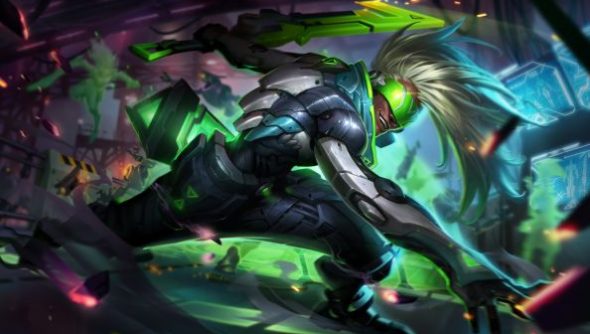 League of Legends scripting site LeagueSharp, also known as L#, has been served with a lawsuit by the game’s developers, Riot Games, after informal negotiations lead to a nasty spot of doxxing.

If you’re considering scripting maybe you need to head back to basics with the best LoL champs for beginners.

The suit,filed with the Californian district courtlast Friday, alleges that L# is being used by rings of “account boosters” who are making considerable sums of money by inflating the skill rating of players’ accounts with unfairly won matches.

The site, which users can subscribe to for between $15 and $50 per month, allows players to make use of scripts that automate certain complex inputs in the game, such as difficult to time ability combos.

Riot’s central grievance, then, is that those circumventing their contracts which explicitly outlaws boosting services in the account’s terms and conditions are using the service to make money and, at the same time, degrade the player experience for others who are not scripting.

“L# represents an enormous threat to LoL and is causing serious and irreparable harm to Riot and its valuable player community,” the court papers filed by Riot state. “It is absolutely imperative to Riot and to the future of LoL that the game provides to its players a fair, competitive, and enjoyable environment that rewards its players’ skill and experience.”

The papers also reveal that Riot’s previous attempts to communicate with the owners of L# in order to settle the dispute out of court had resulted in a Riot employee being doxxed.

“Defendants or those working in concert with them disseminated personal and non-public information about a Riot employee, threatened that employee, and posted offensive comments on the employee’s social media,” the file states.

Terms for the civil suit are not fully set out, as the court filing is simply a demand for a jury trial, but suggests that Riot are seeking maximum damages of $25,000 for each of the Defendants’ violations, as well as a permanent injunction of service for unfair competition.

In short, they’re looking to shut down the entire operation and demand a huge amount of money from the owners. Probably wasn’t the best idea to respond with a doxxing, then.