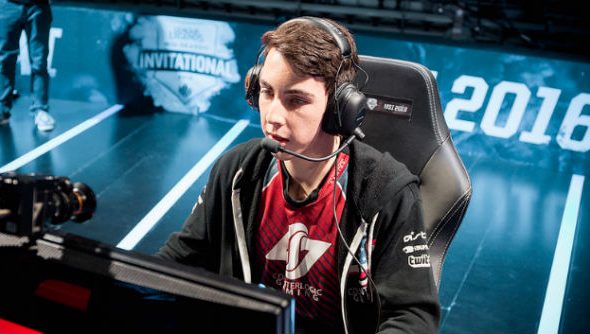 Counter Logic Gaming arrived in Shanghai for League of Legends’ Mid-Season Invitational to the deafening roar of naysaying analysts. Both the English and Chinese panels had their reservations about an American team with only half a squad of experienced LCS players between them.

Getting started in League of Legends? Check out our beginner’s champions guide.

CLG had gone the distance during the Spring Split playoffs, despite a second-place finish in the Split itself, beating Team SoloMid to claim their plane tickets to China. But many of their season games showed a ropey team struggling to find their feet after a raft of changes.

“This split I never really found my identity because we as a team played really different from most teams,” says CLG AD Carry Trevor “Stixxay” Hayes. “It was really hard for me to find what I was supposed to be doing, and what was correct or what was wrong.”

As one of those rafts of changes, Stixxay has gone through CLG’s transformation over this year’s inaugural season. His move to the team is a new beginning of its own as the Spring Split represents his first full season in the LCS as a rookie player. It was something of a trial by fire, but judging by CLG’s MSI appearance, and performance, one that has paid off. 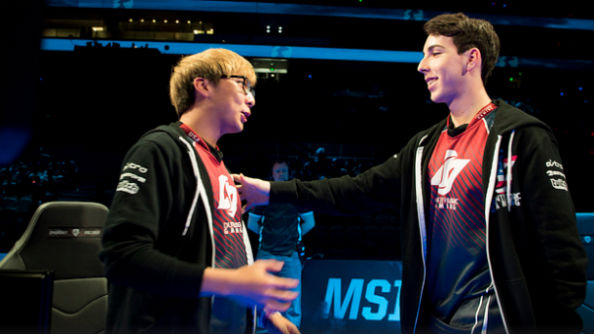 “Towards the [Spring] playoff series – the best of fives versus TL and TSM – we started playing more teamfight style so it was much easier for me to play the game,” Stixxay says, before his final match of the Invitational. “Before I was playing such an odd role that it was more difficult for me, but when we started playing best of series we started teamfighting a lot more and it was much easier for me and I just fit in a lot better.”

That debut season was much like the first day at a new school for Stixxay. Well, if he had murdered and hidden the body of the head jock who won every popularity contest on his first day of school. Fans in North America were initially wary of his arrival due to the necessary departure of crowd favourite Yiliang “DoubleLift” Peng, who made the surprising move to NA rivals Team SoloMid on the eve of last year’s Worlds Finals in Berlin.

DoubleLift’s shock departure from CLG, a team he’d helped foster into a leading force in the American LCS over four years, left massive boots to fill. Despite his time in CLG’s Challenger Series team and warming the main squad bench for a year, Stixxay was still a bold choice of a pair of feet – and knew as much going in.

“I think at the beginning of the split I wasn’t really sure how I would perform compared to other AD Carries,” Stixxay says. “I knew it would be difficult for me to come in for Yiliang since he had come off one of the best splits he ever had where they won at Madison Square Garden, and it was one of the best CLG teams we’d seen in a while.” 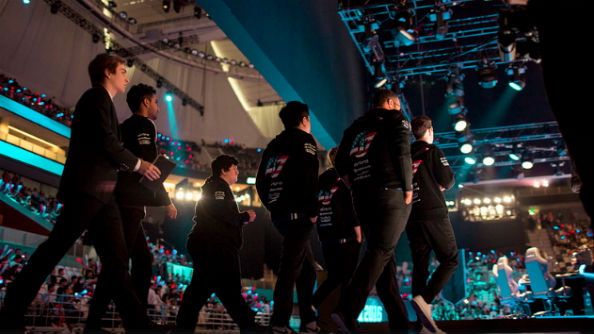 CLG’s Worlds performance wasn’t the perfect ending to the perfect season (going out in the group stages against two erstwhile unassuming Asian sides Flash Wolves and KOO Tigers) but they were the best in NA. With DoubleLift headed across the barbed wire into TSM’s camp, a lot of speculation fell on whether Stixxay’s shoulders were strong enough to carry the team.

“Obviously replacing him you’re going to get a lot of criticism and stuff like that, but personally I wasn’t too nervous because I was confident in my own skill and I had played versus him enough to know that I was equal or better to that guy so I didn’t really care too much,” Stixxay says. “The main part was just getting more experience on stage, once I got a lot more experience it was much easier for me to perform on stage.”

Sitting in the press room somewhere deep within the bowels of the Oriental Sports Center, Stixxay does seem a little fidgety, stumbling for words. He’s on his third interview by now (though the Chinese media scrum that results from one translator and 12 cameras is tough to count as one) and doubtlessly coming down from the adrenaline high of victory. But out on stage in front of 18,000 faces representing a million more watching from home, nothing seemed to faze the 19-year-old. 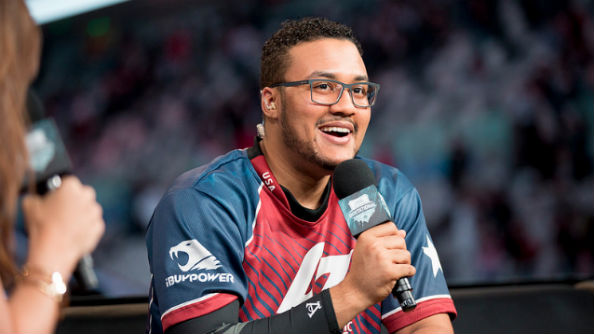 CLG have just earned their place in the final of the first international tournament since Worlds by defeating Flash Wolves, one of the sides that ended their last international campaign early. It wasn’t a sweeping victory, losing the second game in a best-of-five series cast shadows of doubts on the Americans, but it was never out of their hands, Stixxay says.

“After game two, Flash Wolves kept prioritising Karma,” he says, referring to the support mage champion the Taiwanese side used in their victorious game. “In my opinion they did it because the knew we heavily play off bot lane, so they were just going to play Karma and keep wave clearing so we couldn’t really make the play we wanted bottom.”

The bottom lane has significant importance to CLG, not just Stixxay as his usual AD Carry playing arena. His partner in crime, Zaqueri “Aphromoo” Black inhabits the lane with him, as his duo support, and one of the best in the world. For Stixxay, a lot of their success rides on mutual respect, and trust.

“Braum was really the only other pick but it wasn’t really effective to play those champs so Aphro just thought of Sona,” he recalls of the drafting phase for game three. “He thought that would be a good champion and we all had confidence in him, we knew he could play that champ so we did it and it worked out pretty well.” 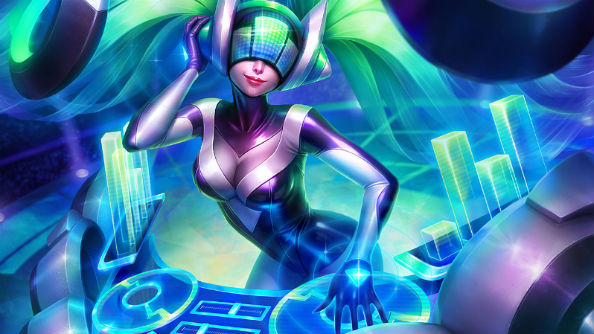 Sona is a distinctly off-meta pick known more for her incredible DJ Sona skin than any pro games she’s had much impact in. That is, until Aphromoo earned MVP of the series by amping CLG to victory in their final two matches as the Wolves failed to shut the bottom lane down. Stixxay believes he owes a lot to his first year in the LCS to his lane partner.

“When I first joined the team, Aphro was really friendly and I knew he was one of the best supports so I pretty much had to prove to him that I was good,” he says. “And then throughout the season we both had this respect for each other, we knew we were both super good and that if one of us messes up we’re not gonna just tilt and be like ‘oh, you suck’ or something.”

Under the pressures of top-level eSports success it can sometimes be difficult to maintain close working relationships, especially when frenetic player trades mean you might not be on the same team in a matter of months. But the CLG team as a whole mirrors their duo lane.

“We never really get frustrated with each other really, if we ever do we just talk about it, it’s real easy to go about,” Stixxay says. “But yeah, me and Zaq have gotten closer on a personal level as well, as the split went on I’d say we’re pretty good friends. It’s real easy in this CLG team to approach others with your concerns and stuff.” 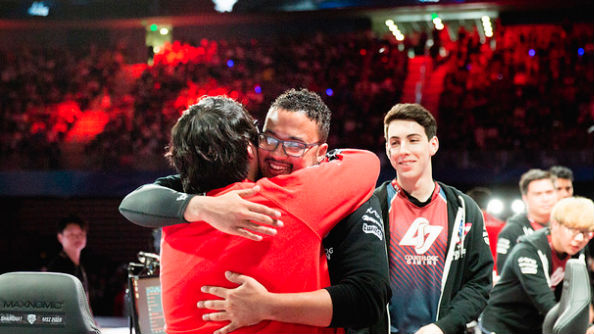 However, unlike the touching Disney movie where a ragtag ice hockey team of friends and misfits take down the Hawks in the championship game, CLG’s MSI run didn’t end in an air-punch freeze frame. These Mighty Ducks couldn’t deal with the regimented dismantling South Koreans SKT T1 provide, a team forged around two-time World Champions Faker and Bengi. A straight 3-0 defeat awaited Stixxay the day after our interview, and he wasn’t ignorant of their status as best in the tournament. But he still believes friendship is the magic touch for CLG.

“I think it was a really important factor in why we had so much success in this split and at MSI, we’re all super open with each other and not scared to criticise someone else, they’re not going to get mad at us we’re just trying to do what’s best for everyone,” he says. “So I think if we maintain that and keep improving then I think we’ll have a pretty good shot at Worlds too.”