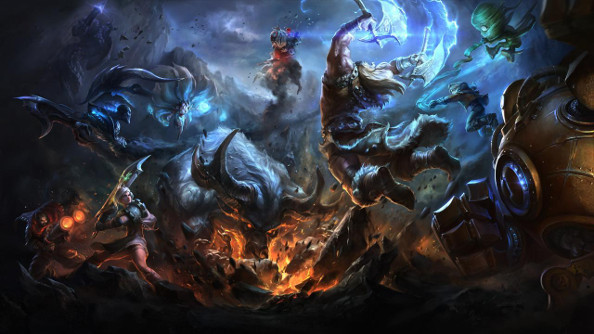 Riot have just announced the dates and venues for this year’s League of Legends World Championships, which will be taking place in October all across Europe, like an interrailing student or the broad rise in popularity of far-right political parties among disenfranchised voters.

Are you in Europe? Do you have a calendar? Then you may want to click through to see where your local championship games are taking place.

The League of Legends megafinals brings together the finest LoL players on the planet in a joyous celebration of sportsmanship and clicking, while combining the contest with a giant expo of all things League of Legends.

Last year’s events were spread across Asia, taking place in Taipei, Singapore, Busan and Seoul. The 2015 games will be hosted by Paris, London, Brussels and Berlin. Here’s the deets.

Riot will be selling tickets and releasing further information over at www.lolesports.com