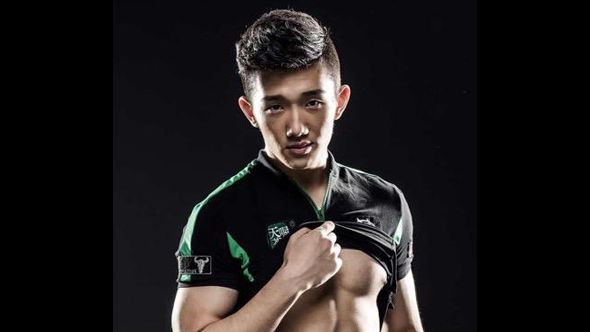 Update, November 23: Li ‘Vasilii’ Wei Jun has been suspended from professional League of Legends for 20 months, following domestic violence against his girlfriend.

Former Newbee player Li ‘Vasilii’ Wei Jun has been suspended from professional play for 20 months. His suspension will begin in January 2018, with the start of the next season of League of Legends.

Vasilii’s livestream on October 26 captured him assaulting his then-girlfriend. After the incident, Vasilii was fired from his professional team, Newbee, and subject to an investigation launched by Riot.

The conclusion of that investigation was announced yesterday. Riot say that Vasilii’s behaviour was “beyond the worst kinds of extreme misconduct that we originally had in mind when we devised the Global Penalty Index,” the company’s official punishment system.

Riot say “whereas making these threats toward another professional player on stage might warrant a 10 month suspension, physical intimidation and threats of domestic abuse should be punished much more harshly. Additionally, Vasilii has been punished for violent tendencies before – in an incident last year he showed physical aggression onstage, smashing a keyboard and physically intimidating a camera operator during a match.”

The results of that investigation were deemed serious enough that Riot have amended their Global Penalty Index in order to suspend Vasilii for 20 months, double the previous maximum sentence. Riot stated that “the current limitation of 10 months would not be appropriate for cases such as actual domestic abuse.” The new maximum sentence is that of Indefinite Suspension. Vasilii’s actions were not thought to deserve the maximum sentence, as Riot’s investigation was unable to find “proof that Vasilii physically assaulted his girlfriend.” Both Vasilii and his girlfriend deny that he physically assaulted her.

Vasilii’s competitive ban will run from the start of the next competitive season in January, for twenty competitive months, meaning the first time Vasilii will be able to play competitively again will be in January 2020.

Original story, October 27:Professional League of Legends player Li ‘Vasilii’ Wei Jun, has been suspended from all play following his arrest for domestic abuse. He has also been fired from his professional team, Newbee.

Vasilii was streaming League of Legends last night, when his girlfriend criticised him for his temper, telling him “You are the main problem, you know? And you keep blaming others, not only in game but also fans in stream room.” When Vasilii said that another player had offended him, saying “he kept laughing at me,” his girlfriend said “Just ignore/block him next time. He’s also streaming, you looked so dumb, you know?” After that comment, Vasilii flipped his desk, leaving his stream running.

While his webcam didn’t capture the scene, Vasilii can be heard screaming at and then beating his girlfriend. After several minutes, he returned to his desk and started reassembling his streaming equipment. Several minutes after that, the police, summoned by Vasilii’s girlfriend, arrived, and the streamer was arrested.

Vasilii has previously drawn attention for his temper, which has seen him quit competitive games. A full rundown of events, translated from Chinese, can be found here. To reiterate the content warning from the top of this article, that page contains a full video, captured from Vasilii’s stream, which includes scenes of domestic violence and physical abuse.

League of Legends esports staff issued a statement this morning, stating that Vasilii is “suspended effective immediately from all professional, semi-professional, and Riot-sanctioned competitive play. The full extent of his suspension will be confirmed once the investigation has concluded.”

“There is no place for physical violence in the League of Legends community. We will not hesitate to exclude from our game and from our sport those who use violence or physical intimidation against others.”