If there exists a true superstar in the world of e-sports, then without a doubt that person is Lee Sang-hyeok, otherwise known as “Faker”. At the age of seventeen this Korean teen stormed to victory in the 2013 League of Legends World Championships as part of pro-gaming team SKT T1, and two years later he’s now steamrolling the competition in that very same tournament.

Analysts regularly rank him as the best League professional in the world, but titles like ‘number one ’ and ‘world championship winner’ are insufficient in magnitude to many in his biblically-sized following, who instead simply refer to him as ‘“god”.

Wanna be as good as Faker? Start by checking out the best League of Legends Champions for beginners.

The details of his accolades may conjure the image of a bolshy youngster whose titanic success has born an equivalently sized ego, but Faker’s public persona is in complete contrast to his fame. Lee is known for both for his reservedness and his eschewing of the traditional trash talk and summoner’s rage to which many of his peers fall prey.

A few days before the semifinal SKT went on to win 3-0 against Origen, I stole the undeniable MVP away for a chat – a chat which opens on this topic of humility. “It’s important for pro-gamers to maintain some decency and well-mannered behaviour and sportsmanship towards others” he says.

“I want the pro-gamer name to maintain a high level of sportsmanship. It’s important to not boast too much about anything really because it may cause harm to your teammates as well, and you never know how this will be passed down in different channels. In terms of skill level and importance, it’s important to just say it as it is. If you think that you’re good, say that you’re good, you don’t need to put yourself down.” Easy to say, one might think, when you’re the most talented League of Legends player on Earth. 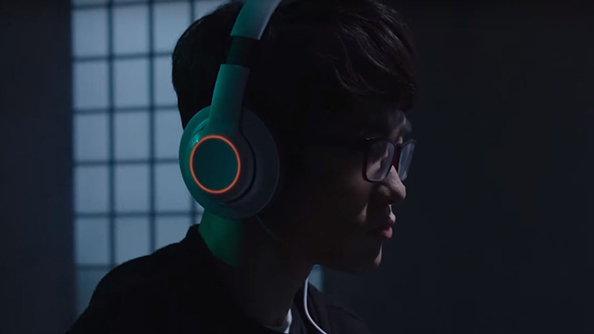 I wonder if Lee will adopt this sort of straight talking when discussing his competitors, and in particular the impending final which, even before SKT had secured their place, seemed an absolute certainty. Which team would Lee most fear to face?

“‘KOO and Fnatic are both really strong teams and either team would be a threat to SKT, these are really high performing teams. Whichever team that comes to the finals means that among those two strong teams, one has been proven stronger, and they will be much more of a threat, so whoever in that match will be the biggest threat to us.” After the events of Sunday’s semifinal, we now know that threat to be KOO Tigers… but having witnessed Lee’s cool response, it seems doubtful that he feels the slightest trepidation about their eventual face off.

Team composition will be critical when the two meet in Berlin, and Gragas, the fourth most popular champion pick at the Worlds has been disabled for the tournament’s remainder due to an in-game bug. I ask what this might mean for the remaining contenders. “‘It’s a bummer for me because I can’t use mid Gragas, and a lot of other teams have used Gragas as a jungler and they have been performing really well. I think the blanket ban on him could definitely affect them, but SKT T1 has a really wide mastery over champions, so it wouldn’t affect us that much.” 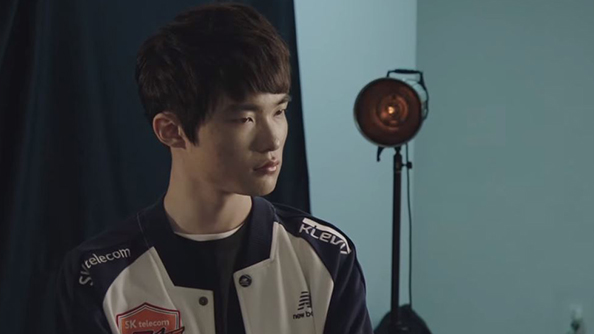 In reality, this is only half the story. Not only are Lee’s picks varied, but sometimes also sublime. Earlier in the tournament he made waves by daring to place Olaf, a champion almost exclusively engaged in the top lane and jungle, in the mid lane, where he proceeded to clean house in effortless style. Can we expect more game-meta-shattering choices from from Faker? Probably.

“When I let out a mid champion, I’m not using them for the novelty of it,” he tells me. “I just try a champion and sees if there’s some use in a particular comp or a particular match where I can use it. I don’t even know if something will come up, some surprise event, it would be a mystery to all. Expect anything.” Given Lee’s proven talent for transforming counterintuitive matchups into a winning lane, it’s a claim which is easy to believe.

To work these miracles requires the kind of dexterity and quick thinking that most can only dream of. Lee’s popularity is in large part fuelled by this saintly power in which the impossible becomes the possible. It’s an in-game magic that he himself struggles to articulate when I inquire about his abilities. “Nothing’s in my mind”, he says. “I’m not thinking, I’m just acting. It’s almost an animalistic instinct, I just do what I need to do.” It turns out that “god” does indeed work in mysterious ways – ways that even he only partially understands. 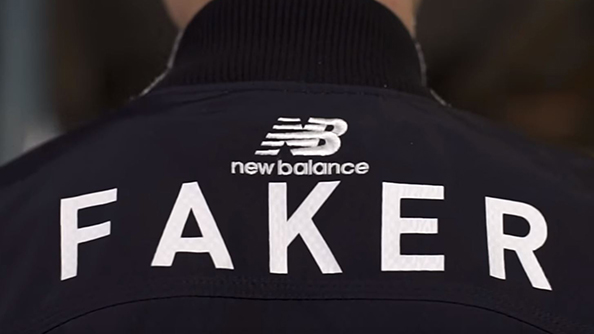 There are few, if any other players in the world who compete so dynamically, What, then, does Lee think to the chances of e-sports debutantes working their way up from the bottom of the ladder?

“The future for e-sports is bright” he believes. “Maybe even moreso than other professional sports – but with any sport, to become a pro in that sport takes a lot of risk; it’s a huge leap of faith. You need to really think about that and gauge the risks that you’re taking. It’s preferable to finish your studies as a student first before diving full-on into that career.” Lee himself dropped out of high school to join SKT.

Lee has been, in a very real way, replaced by Faker, a figure adored by countless thousands. The spotlight is intense – how does he prevent himself from buckling under the pressure? “Earlier on in my career the attention from fans made me a bit anxious,” Lee admits, before pausing. “But now I believe that all the cheers and all the love I’ve received from the fans is what made me into the player I am today. I don’t feel a lot of pressure, I just use it as positive reinforcement to become a better player.” 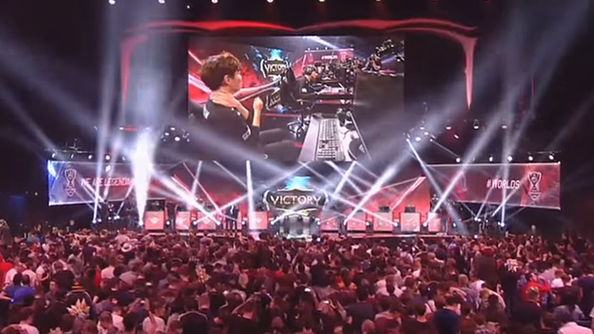 Though as a pro-gamer it’s not just the expectations of adoring fans that players must meet: there’s also one million dollars at stake. It’s been rumoured that Lee has turned down offers larger than this to join Chinese teams, so at this point does he even need the money?

He answers that “the prize money is definitely desirable, it’s not a small amount, and it’s definitely a source of motivation, but really what I want is to win another World Championship title.” SKT’s earnings are a constant source of speculation, but after this year’s performance, the only thing anyone knows for sure is that they’re likely increase dramatically.

Our time comes to an end and I decide to ask Lee a favour, one midlaner to another. My most played and outright favourite champion is Zilean the Time-Fogey. Would he consider cracking out Big Z some time soon just for me? “Maybe some time in the future” comes the answer and I’m not disappointed, because when it comes to Lee “Faker” Sang-hyeok, you should never say never.