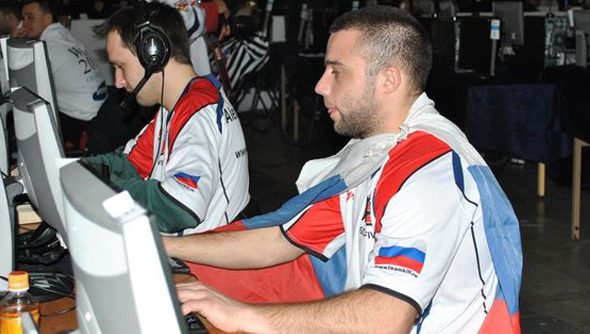 The head of Moscow 5, Dmitry Smilyanets, has been arrested by Dutch police, and while the charges being levelled at him haven’t been officially stated, Fontanka, the Russian website that broke the story (and spotted by Kotaku), claims that it was part of a concerted effort by the FBI to crack down on credit card fraud. Moscow 5 are one of the most successful Esports teams out there, with leading competitors in Counter Strike, League of Legends and Dota 2.

Both Dmitry ‘ddd1ms’ Smilyanets (AKA Dmitry The Brave) and his friend Sergei Matvienkoarealready in FBI custody, according to a report from Cadred. Matvienko’s mother, according to these reports, is Valetina Matvienko / Matviyenko, the current Chairman of the Federation Council of the Russian Federation – that’s Russia’s equivalent of the Senate or the Britain’s House of Lords. If the FBI have grabbed him, that’s going to cause all sorts of diplomatic hoo-hah.

The FBI created a site specifically to phish for credit card fraudsters which had been in operation for two years, and it sounds like the duo were hooked through this.The figure of $205,000,000 also comes from that source, as does the detail that they used 411,000 credit cards to carry it out.

The FBI hasn’t announced the Russian arrests yet(which took place in Amsterdam) but they have sent out a press release announcing the arrests oftwenty fourpeople across the world – eleven in the US, six in the UK, two in Bosnia and one each in Bulgaria, Norway and Germany, Italy and Japan. You can read the full details of the FBI report here: it’s a genuinely fascinating read.

What asuperb example of how games bring the world together!

Moscow 5’s own website has stated that this arrest will not affect their Esports performance or plans, with the Dota team performing in the playoffs for Starladder today, and their League of Legends team still preparing for the European Challenger Circuit.

Focusing onMatvienko for a second, hispast is definitely bizarre. When he came to the UK with his martial arts team, he asked to stay in Nottingham Castle (uninhabited for 200 years).

As for Dmitry, hopefully we’ll be finding out more shortly.

Hello. You’re reading the League of Legendschannel at PCGamesN.com. We combine original journalism with user submitted content and feeds from across the web. Follow us on twitter for the latest updates.