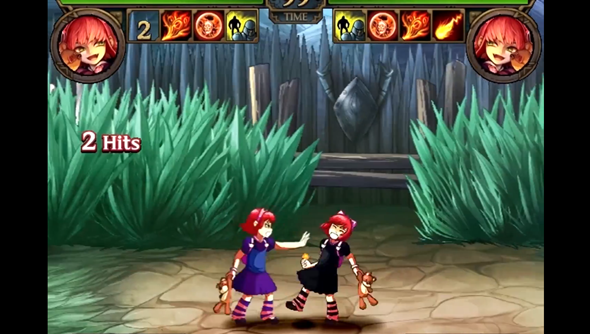 Footage of League of Fighters has fought its way onto the internet. The video shows a 2D beat’em’up which uses characters from League of Legends as its roster.

Developer Instaburst claim to have no intent to monetise their fighting game but as they have no affiliation with Riot, League of Legends’ developer, they may well be told to cease and desist.

League of Fighters looks more than a little similar to Mane6’s fighting game, Fighting is Magic. That, too, was a beat’em’up that infringed on another company’s copyrights, in that case it was the My Little Pony brand. Though, despite having to pull out of EVO 2013, the team have been allowed to continue development by IP holder Hasbro.

I wouldn’t be surprised if there was a little crossover between the teams. Especially when you consider the similarities between the two games’ art styles.

Riot may well see this game as damaging to their brand, it may simply not be a game they’re comfortable with a team other than themselves developing, or they might be entirely ok with what the team are doing. We’ll likely learn in the coming weeks.