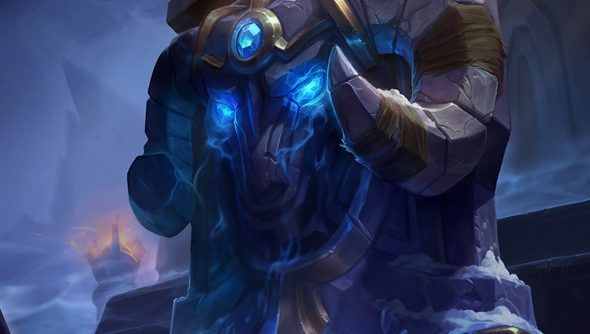 Last year’s LCS finals were staged at the University of Southern California, but on October 4 they’ll find a new home in downtown LA’s Staples Center. Not to be mistaken for the UK purveyors of stationary and large plastic boxes, the US Staples has played host to both the NBA (hand-ball) and NHL (hand-stick) finals – making this a pretty big coup in the name of professional eSports.

“It has a lot of meaning,” said Beck. “I think it is going to be really exciting for fans… to see eSports being played on that big stage in front of a sold-out audience.”

Studio co-founder Marc Merrill is equally pleased. However, he stresses that the Staples Center represents only a triumphant full stop in the letter to mainstream sports culture that is the LCS.

“Even though we’re humbled by the growth we’ve had so far, we are still very much of the belief that we are still getting started and there’s lots more to do,” he said. “We are still focused on doing bigger and better things for the players.”

The 2012 LCS finals were played to a sold-out crowd of 10,000, and to a streaming audience of Twitch knows how many. A question for you lot: is there a limit to how far Riot can push back the ceiling of eSports?