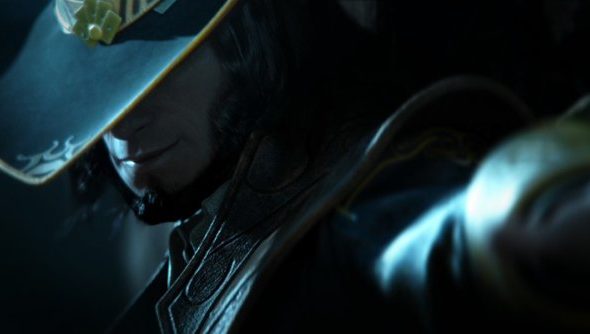 To show off a few of the League of Legends’ flagship heroes, Riot have released a cinematic trailer titled Twist of Fate. You’ll see Garen caught between Katarina and Demonblade Tryndamere, Twisted Fate fighting one one one with Fiddlesticks, and Ryze as he tries to race up mid.

Clearly, play in League of Legends isn’t like it’s presented in the trailer there but Riot have gone to a great deal of effort to have the game inform the film beyond simply carrying over the familiar characters. For instance, having Twisted Fate prepare for combat with Fiddlesticks using a gold card, the natural choice for initiating.

Also, and they go into this in the making of video below, integrating Garen’s spin style into the animation without simply doing a tacky blade whirlwind. It’s a neat touch.

Here’s that behind the scenes video, too: